Announcement of Receipt of Royalty Report and Royalty Payment

On October 29, 2021, Mesabi Trust received the quarterly royalty report of iron ore shipments out of Silver Bay, Minnesota during the quarter ended September 30, 2021 (the “Royalty Report”) from Cleveland-Cliffs Inc. (“Cliffs”), the parent company of Northshore Mining Company (“Northshore”), and received a royalty payment as summarized below.

On October 29, 2021, the Trustees of Mesabi Trust received the Royalty Report from Cliffs, the parent company of Northshore.

As reported to Mesabi Trust by Cliffs in the Royalty Report, based on shipments of iron ore products by Northshore during the three months ended September 30, 2021, Mesabi Trust was credited with a base royalty of $12,553,161.  For the three months ended September 30, 2021, Mesabi Trust was also credited with a bonus royalty in the amount of $7,245,537. The royalty also included a reduction of $6,078,357 as a result of negative pricing adjustments to base and bonus royalty calculations related to changes in price estimates made in prior quarters.  The October 29, 2021 royalty amount also included an additional payment of $2,314,114 related to pellets and sinter volumes identified by Cliffs as 2020 deemed shipped adjustments. In addition, a royalty payment of $185,017 was paid to the Mesabi Land Trust.  Accordingly, the total third quarter 2021 royalty payments received by Mesabi Trust on October 29, 2021 from Cliffs were $16,219,472.

Separately, on October 29, 2021, Cliffs/Northshore also paid Mesabi Trust $2,833,687 for past underpaid royalties on DR grade pellets in 2019 and 2020, including interest, pursuant to the AAA final award decision which was received by the Trust October 1, 2021.

The volume of shipments of iron ore pellets (and other iron ore products) by Northshore varies from quarter to quarter and year to year based on a number of factors, including the requested delivery schedules of customers, general economic conditions in the iron ore industry, and weather conditions on the Great Lakes.  In addition, Cliffs’ recently announced plans to shift production of DR grade pellets away from Northshore to Minorca, to no longer sell pellets to third parties in the coming years and to keep idle the Northshore plant from time to time, when and if implemented, would likely impact the volume of shipments of iron ore products from Silver Bay, Minnesota. Further, the prices under some contracts among Northshore, Cliffs, and certain of their customers (the “Cliffs Pellet Agreements”), to which Mesabi Trust is not a party, are subject to interim and final pricing adjustments, dependent in part on multiple price and inflation index factors, some of which are not known until after the end of a contract year.  The factors that could result in price adjustments under Cliffs’ customer contracts include changes in the Platts Prices, hot-rolled coil steel price, the Atlantic Basin pellet premium, published Platts international indexed freight rates and changes in specified producer price indices, including those for industrial commodities, fuel and steel.  These multiple factors can result in significant variations in royalties received by Mesabi Trust (and in turn, the resulting funds available for distribution to Unitholders by Mesabi Trust) from quarter to quarter and from year to year.  These variations, which can be positive or negative, cannot be predicted by the Trustees of Mesabi Trust.

Royalty payments anticipated to be received during the current year will continue to reflect pricing estimates for shipments of iron ore products that will be subject to positive or negative pricing adjustments pursuant to the Cliffs Pellet Agreements.  Based on the above factors, and as indicated by Mesabi Trust’s historical distribution payments, the royalties received by Mesabi Trust, and the distributions paid to Unitholders, if any, in any particular quarter are not necessarily indicative of royalties that will be received, or distributions that will be paid, if any, in any subsequent quarter or full year.

With respect to calendar year 2021, Northshore has not advised Mesabi Trust of its expected shipments of iron ore products, or what percentage of 2021 shipments will be from Mesabi Trust iron ore.  Further, Cliffs has not advised the Trust of any implementation of, or changes to, its publicly announced plans for Northshore. In the Cliffs’ Royalty Report, Cliffs stated that the royalty payments being reported today were based on estimated iron ore pellet prices under the Cliffs Pellet Agreements, which are subject to change.  It is possible that future production decreases, idling of the Northshore plant, or negative price adjustments could offset, or even eliminate, royalties or royalty income that would otherwise be payable to Mesabi Trust in any particular quarter, or at year end, thereby potentially reducing cash available for distribution to Mesabi Trust’s Unitholders in future quarters.

This report contains certain forward-looking statements with respect to Cliffs’ announcement to shift production away from Northshore, to no longer sell pellets to third parties in the coming years and to keep idle the Northshore plant from time to time, iron ore pellet production, iron ore pricing and adjustments to pricing, shipments by Northshore in 2021, royalty (including bonus royalty) amounts, and other matters, which statements are intended to be made under the safe harbor protections of the Private Securities Litigation Reform Act of 1995, as amended.  Actual production, prices, price adjustments, and shipments of iron ore pellets, as well as actual royalty payments (including bonus royalties) could differ materially from current expectations due to inherent risks and uncertainties such as general adverse business and industry economic trends, uncertainties arising from war, terrorist events, the impact of the coronavirus (COVID-19) pandemic and other global events, higher or lower customer demand for steel and iron ore, decisions by mine operators regarding curtailments or idling production lines or entire plants, environmental compliance uncertainties, difficulties in obtaining and renewing necessary operating permits, higher imports of steel and iron ore substitutes, processing difficulties, consolidation and restructuring in the domestic steel market, market inputs tied to indexed price adjustment factors found in Cliffs Pellet Agreements resulting in future adjustments to royalties payable to Mesabi Trust and other factors.  Further, substantial portions of royalties earned by Mesabi Trust are based on estimated prices that are subject to interim and final adjustments, which can be positive or negative, and are dependent in part on multiple price and inflation index factors under agreements to which Mesabi Trust is not a party and that are not known until after the end of a contract year.  Although the Mesabi Trustees believe that any such forward-looking statements are based on reasonable assumptions, such statements are subject to risks and uncertainties, which could cause actual results to differ materially.  Additional information concerning these and other risks and uncertainties is contained in Mesabi Trust’s filings with the Securities and Exchange Commission, including its Annual Report on Form 10-K for the fiscal year ended January 31, 2021 (filed April 27, 2021).  Mesabi Trust undertakes no obligation to publicly update or revise any of the forward-looking statements made herein to reflect events or circumstances after the date hereof. 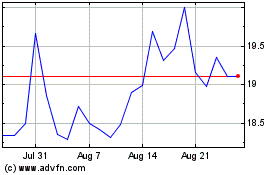 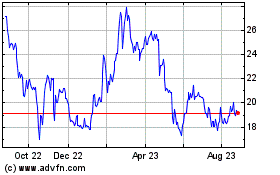 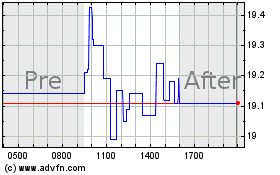