David MacMillan lucked into a dose of Moderna Inc.'s Covid vaccine late on New Year's Day. While grocery shopping at Giant Food in Washington, D.C., the 31-year-old paralegal passed by the in-store pharmacist who was scrambling to find takers for two doses after a pair of health-care workers missed their appointments. The store was scheduled to close in 10 minutes and the thawed doses would have to be thrown out.

Two of the store's associates and another customer had already declined the shots. Mr. MacMillan and his 25-year-old friend happily volunteered. "I was thrilled," said Mr. MacMillan, whose post on TikTok about the experience went viral. "It's like being told you won the lottery."

As scarce supplies slowly roll out to the public, there is sometimes extra vaccine. Many vials contain a dose or two more than expected. Some people miss appointments and their shots have to be given away so vaccine doesn't go to waste. Some vaccination sites are ready to give shots to new groups of people or want to move vaccine across county or state lines to where people are waiting for it, only to be held up by local authorities. Occasionally a freezer breaks prompting a race to get shots into arms.

It's an extra layer of complexity for vaccination sites as they struggle with the logistics of the largest vaccination campaign in history. The vaccine from Pfizer Inc. is stored below minus 76 degrees Fahrenheit and the Moderna vaccine below 5 degrees Fahrenheit. Once thawed neither can be put back in a freezer.

The U.S. Health and Human Services Department said Tuesday that all people over 65 and anyone with pre-existing conditions should be eligible for the shot, releasing millions of doses that it has held back for second doses for health-care workers. The expanded eligibility will help vaccination sites find willing takers. At the same time some locations may not be able to administer shots as quickly as they would like due to staffing issues amid a winter surge in Covid-19 cases. And some may still face the problem of waste at the end of each day.

When hospitals, pharmacies and other facilities received their first shipments of Pfizer's vaccine a month ago, many quickly noticed that vials expected to have five doses each, sometimes had six or even seven. After some facilities threw out extra doses, the Food and Drug Administration said last month on Twitter that sites should use them. A week later, Moderna's 10-dose vials began shipping, sometimes with enough vaccine for 11 shots. Health-care workers have been instructed not to let those extra doses go to waste.

The unexpected blessing was a logistics headache, said Amy Compton-Phillips, chief clinical officer at multistate hospital system Providence. The Pfizer injection kits sent to hospitals had only five syringes and five needles. "So for the sixth or seventh dose, there's no syringe or needle," Dr. Compton-Phillips said. Those essentials are in short supply, she said, "so we are turning over rocks trying to give people those doses."

A spokesman for McKesson Corp., which puts together vaccine kits for the government, said that some shipments of Pfizer vaccine included high-efficiency syringes, enabling extraction of additional doses from vials. The government procured the syringes for the kits, he said, and some aren't the more efficient type. He said McKesson is working with the U.S. government "to create kits which support extraction of the additional doses."

An HHS spokesman said the government is working to augment vaccine kits with a variety of syringes and needles, including more-efficient ones so an extra dose can be extracted from each Pfizer vial. Neither McKesson nor HHS commented on extra doses found in Moderna vaccine vials.

A spokesman for Giant Food said in a statement that the District of Columbia's public health department has directed the grocery chain to find willing takers for doses set to expire. Its pharmacists prioritize store associates for extra vaccine, then people over 65, before offering it to anyone over 18, he said.

Mount Sinai Health System in New York City keeps a list of its health-care workers approved to get the vaccine so it can summon them for a shot if there is extra that might be thrown out, said Susan Mashni, its chief pharmacy officer.

Providence could vaccinate faster if local regulations were more consistent and more flexible, said Ali Santore, the executive in charge of government affairs for the hospital system. In Washington state, it has largely completed vaccinating the first tier of eligible people and has vaccine to give to people in the next tier, she said, yet the state won't permit that additional distribution until Jan. 18.

In Southern California, she said Orange County now allows all those over 65 to be vaccinated, while next door Los Angeles County doesn't. "This creates inequities," she said Wednesday. Later in the day, the state of California said everyone over 65 is now eligible.

Providence could also get shots into arms more quickly if it could move vaccine doses across county or state lines, but that generally hasn't been allowed, Ms. Santore said.

Executives at Adventist Health Ukiah Valley hospital in California were sitting down to their morning meeting at the start of last week when a facilities director came in to tell them a freezer holding Moderna's vaccine had failed at 2 a.m. The 830 doses inside would be trashed unless they could find people to vaccinate before 2 p.m.

The hospital, which is located in Mendocino County, moved quickly, blasting employees with a text message and instructing them to spread the word, said Judson Howe, its president. The hospital gave some doses to county health officials, who rushed them to local corrections officers and other at-risk workers. Hundreds lined up at pop-up vaccine sites. Ultimately all shots were administered.

On Friday, Mendocino County received another shipment of 975 Pfizer doses, which County Health Commissioner Andy Coren said would be used at vaccination centers starting Tuesday. Dr. Coren said in a rural county like Mendocino it takes time to reach everyone eligible for early doses, including members of the Latino community, who he said make up a third of the local population but have suffered two-thirds of its Covid-19 cases.

--Sarah Krouse and Jared S. Hopkins contributed to this article.

Write to Rolfe Winkler at rolfe.winkler@wsj.com 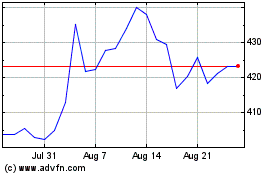 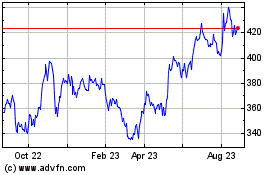 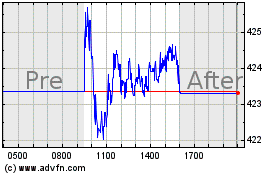