Filed by the Registrant  ☐

Filed by a Party other than the Registrant  ☒

On May 12, 2022, Maisie Ganzler was featured in an article regarding McDonald’s Corporation, a copy of which is filed herewith as Exhibit 1.

From animal welfare a board nomination at a major fast-food company: A Q&A with Maisie Ganzler

In February, the New York Times broke the news that Bon Appétit’s Chief Strategy and Brand Officer, Maisie Ganzler, had been nominated to the board at McDonald’s by financier Carl Icahn, who holds shares in the fast-food brand. Icahn has been making headlines for pushing McDonald’s to stick to its 2012 commitment to transition its pork supply away from inhumane gestation crates, which it publicly stated it would do by 2022. Ganzler, who successfully led the transition of Bon Appétit’s pork supply away from gestation crates (a nationwide rollout of the product is occurring right now), was chosen by Icahn for her deep direct experience in working with suppliers to make this change. In the following Q&A, Maisie talks about the journey from asking lots of questions about the welfare of pigs to receiving a highly publicized board nomination for a fast-food giant.

A friend told me about Carl Icahn’s campaign to get McDonald’s to live up to their commitment around gestation crates and explained that Carl was going to nominate people to the board of McDonald’s, so I threw my hat into the ring. That sounds more casual than it actually was… I thought, “I would love to be involved in that solution for McDonald’s,” so I decided to shoot for the stars on it. I didn’t actually expect a nomination, but I’ve learned that an important part of leadership is showing up—sometimes by inviting myself into the conversation—then showing interest and asking questions. For me, this opportunity is really about helping to make change for as many sows as possible—and there are so many that are impacted by the McDonald’s supply chain.

I do in terms of believing that shareholders have a responsibility to look at the ESG actions of the companies in which they are invested. I can’t speak to his broader agenda; it’s been quite a career. But in this case specifically, I do think that if a board is not shepherding the company in a responsible way, it is up to shareholders to hold them accountable. To be clear, my goal is not to disrupt McDonald’s in some sort of harmful way. It’s to help them live up to the commitment that they’ve already made, that I believe the public wants, and is the right thing to do.

We went down a very similar path that McDonald’s has unfortunately started down in terms of gestation crates. We wanted to eliminate them from our supply chain because they are an inhumane practice and we initially thought that our supplier was aligned with that goal. And then we found out that they weren’t. My team and I put in the work to find a supplier that was aligned with our values. By sharing what I learned along the way with a purchaser the size of McDonald’s, I aim to multiply the effect of the knowledge that I’ve garnered at Bon Appétit.

Unlike most of the people on the current McDonald’s board, I have experience actually managing a pork supply chain. And, given my role at Bon Appétit, I’m also much closer to customers. I think I can bring that expertise to the table, not just in the area of animal welfare and gestation crates specifically, but also on labor issues, sustainable seafood, antibiotics, et cetera. We’ve done such great work on these issues at Bon Appétit, I think I can bring all of that to McDonald’s. Another example: Bon Appetit’s parent company Compass Group was involved in the development of the Ethical Charter to which McDonald’s is a signatory. The Charter focuses on promoting responsible labor practices in the produce supply chain and the Equitable Food Initiative (EFI) has been involved in pilot programs. As a board member of EFI, I think that I can lend my expertise there as well. There are a lot of overlapping issues that I can contribute my experience and perspective on.

After many meetings with our original pork supplier, I thought we had agreed that we were going to create a gestation crate-free product. When I did the first TEDx Manhattan talk, which was in 2013, that was what I thought was happening at that point in time. And, in fact, I went to TEDx Manhattan in 2014 and gave an update saying that we had great news: The bacon was already gestation crate free in our supply chain! Then, somewhat indirectly, I received a request to change the language on our marketing materials to “group housed” instead of “gestation crate-free.” When I probed, I was told that the sows were still in gestation crates until the confirmation of pregnancy. They were trying to pass off group housed after the confirmation of pregnancy as having the same meaning as gestation crate-free. That’s not what we promised! And, to be clear, that’s where McDonald’s stands today. But, unlike McDonald’s, when I found this out, I didn’t simply change the language of our commitment, I changed suppliers. With the support of Foodbuy and our great purchasing team at Bon Appétit, we surveyed every pork supplier we could find in the United States and eventually found the Clemens Food Group, who was confining sows to gestation crates for impregnation—so, not until confirmation of pregnancy, just for the artificial insemination period. A sow’s gestation period is three months, three weeks, and three days. For the so-called group-housed pork, the sows were crated for about a month of that on average. With the Clemens product, it was for about a week for the insemination. So, not perfect, not gestation crate free, but much, much less time in crates. Then, when Prop 12 came on the ballot in California, I saw the writing on the wall that someone was going to have to develop a truly gestation crate-free product and restarted talks with a number of potential suppliers about creating such a product. Once again, Clemens stepped up and created that, and that is now we are currently rolling out across the United States.

Well, the barriers are different. From a global perspective, they’ve already eliminated gestation crates in parts of their supply chains because in other parts of the world gestation crates aren’t allowed to be used legally. In terms of the scale in the United States, I would say that the bigger challenge that McDonald’s has than Bon Appetit did is that they use even fewer parts of the pig. So, if you’re going to raise a product—a pig—in a way that costs more money, the hope would be that you can raise the price of all the meat that comes from that pig. But because McDonald’s is using very little of the pig, it’s unclear right now what the market is for gestation crate-free ribs, not to mention tenderloin and all the other parts that McDonald’s doesn’t use. At Bon Appétit, we use, not the total pig, but a more balanced portfolio than McDonald’s. So, I think that is a real problem for them. I don’t pretend that this is going to be easy or cost neutral for McDonald’s. But it is the right thing to do. And the thing they already promised they were going to do.

I respect that opinion. But that doesn’t mean that I’m not going to try to do everything I can to make their supply chains more sustainable.

In in relation specifically to gestation crates, I’ve learned that you have to talk to many different suppliers—not just one—as everybody has a different philosophy about what’s possible, and what’s possible at what speed. And I’ve learned that you need to develop a true partnership with your supplier. Because if they’re going to make changes in physical plants, like removing gestation crates, they have to also believe that you’re going to be their partner for the long run—so they’re not absorbing all the risk.

And I’ve learned—as I learn over and over again whenever we take on a new initiative—that rarely, if ever, is implementation as easy as writing a bigger check. 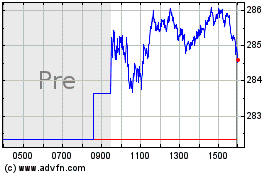