Vice President Kamala Harris on Thursday unveiled the agreements of 12 companies and organizations to invest in Guatemala, Honduras and El Salvador as part of the administration's efforts to deal with a surge of migrants from Central America at the U.S. southern border.

Among the companies involved, Microsoft Corp. has agreed to expand internet access to as many as three million people in the region by July 2022 and to establish community centers to provide digital skills to women and youths.

Mastercard Inc. will seek to bring five million people in the region who currently lack banking services into the financial system and to give one million micro and small businesses access to electronic banking. The yogurt maker Chobani has agreed to bring its incubator program for local entrepreneurs to Guatemala. Nespresso, a unit of Nestlé SA, plans to begin buying some of its coffee from El Salvador and Honduras with a minimum regional investment of $150 million by 2025.

Democratic and Republican administrations have struggled to find long-term solutions to handling surges in migrants from Central America, many of whom say they are driven by poverty and violence in their home countries. The region was hit hard last year by two disastrous hurricanes.

Biden administration officials have said the aim in part is for greater private-sector involvement to outlast shifts in policy and government aid between administrations, reducing over time the motivations for migrants to make the often dangerous journey to the U.S. border.

The total number of illegal border crossings this year is on pace to hit a two-decade high, and a record number of unaccompanied minors crossed the border illegally in March, followed by a slight decline in April.

Mr. Biden has delegated to Ms. Harris diplomatic efforts with Mexico and the three countries known as the Northern Triangle: El Salvador, Honduras and Guatemala. She is scheduled to make her first foreign trip to Mexico and Guatemala next month.

Republicans have criticized Ms. Harris over the administration's overall handling of immigration and have chided her for not yet visiting the border. White House officials have said her role is limited to diplomatic efforts, with departments such as Homeland Security and Health and Human Services in charge of dealing with migrants crossing into the U.S.

While leading a recent GOP delegation to visit the border, Rep. James Comer (R., Ky.) said more government investments in the region wouldn't deter migrants from making the journey to the U.S. "We've been giving foreign aid to a lot of those countries for decades, and it's only gotten worse," he said.

Ms. Harris has said that private-sector investment along with help from nonprofits and the United Nations could speed up progress in the Northern Triangle. "We must think beyond government," she said in a speech earlier this month to the Council of the Americas, a business group that focuses on economic and social development in the Western Hemisphere.

One potential hindrance for companies has been corruption. The Northern Triangle countries are among the most corrupt in the world, according to Transparency International's annual Corruption Perceptions Index, a global survey of 180 countries.

In Guatemala, a United Nations-led antigraft commission was shut down in 2019. In Honduras, the government ended the mandate of a similar although weaker task force last year.

Aides to Ms. Harris said in their discussions with companies that there was a recognition from the business leaders that some forms of economic development can begin alongside anticorruption efforts.

"This is a multifaceted effort that we're going to have to run now, and all of the different pieces of it simultaneously," said Mike Pyle, chief economic adviser to Ms. Harris.

Michael Froman, vice chairman and president for strategic growth at Mastercard, said the company has experience operating in countries where corruption has been a barrier to development. "Our view is that we will thrive as a company when countries thrive, and therefore it's in our interest in terms of the long term," he said.

Microsoft President Brad Smith said the company's commitment to expanding broadband access and digital skills could provide the infrastructure for future investments and job creation in the region. "The tide goes up in a way that can raise every boat," Mr. Smith said.

Other organizations that have already made commitments to invest include the language-learning company Duolingo Inc., the Colombian bank Banco Davivienda SA and the financial nonprofit Accion.

--Juan Montes and Eliza Collins contributed to this article.

Write to Tarini Parti at Tarini.Parti@wsj.com 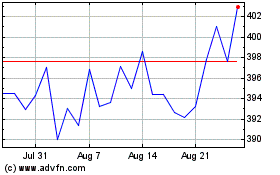 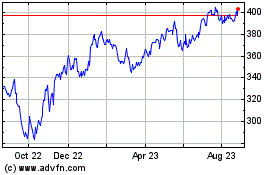 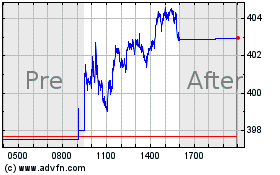