(c) Appointment of Senior Vice President, Operations
On April 29, 2020, Mike Henderson, 50, was appointed, effective May 4, 2020, as senior vice president, operations, pursuant to which he will oversee our U.S. Resource Play businesses. In October 2017, Mr. Henderson was appointed vice president, Resource Plays North, with responsibility for Oklahoma and North Dakota, after having served in successive regional vice president roles since 2013 and managing operations in Oklahoma, North Dakota and Wyoming. Prior to his work in the Resource Plays, Mr. Henderson was development manager for International Production Operations in Equatorial Guinea and has been involved in a number of Marathon Oil’s major projects in Equatorial Guinea, Norway and the Gulf of Mexico over the course of his career. Before joining Marathon Oil in 2004, he was employed by ExxonMobil, where he served in a number of operations and project management roles of increasing responsibility. Mr. Henderson earned a bachelor's degree in electrical engineering and master's degree in offshore engineering from Robert Gordon University, Aberdeen.
In connection with this appointment, the Compensation Committee of our Board of Directors determined to increase Mr. Henderson’s annual cash bonus target from 70% to 75%.

As part of the Company’s broad-based effort to respond to the COVID-19 pandemic, the Company is implementing cost reduction measures including the base salary reductions described below.
The Company’s President and Chief Executive Officer, the Company’s Chief Financial Officer, each of the other three most highly paid executive officers serving as of December 31, 2019 (our Named Executive Officers) and certain other members of the Company’s executive leadership team will experience temporary base salary reductions of 10% from May 4, 2020 through December 31, 2020. The temporarily adjusted base salaries will not be used to calculate annual cash bonus or severance benefits, which are partially or wholly derived based on base salary.
The Company’s Board of Directors has also agreed to a temporary reduction of annual cash retainer fees for non-employee directors of 20% for the third and fourth quarter of 2020.

Item 9.01. Financial Statements and Exhibits.
(d) Exhibits.
The following are furnished as Exhibits to this Current Report on Form 8-K. 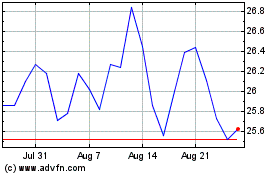 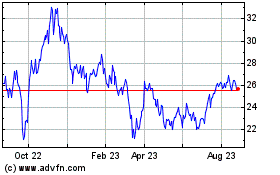 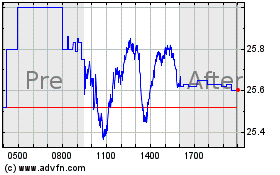