2.81
-0.03 (-1.06%)
Upgrade to Real-Time
Regular Market
2.81
Current Report Filing (8-k)
September 01 2021 - 05:26PM
Edgar (US Regulatory)
FALSE000001609900000160992021-09-012021-09-010000016099us-gaap:CommonStockMember2021-09-012021-09-010000016099lub:CommonStockPurchaseRightsMember2021-09-012021-09-01
UNITED STATES
SECURITIES AND EXCHANGE COMMISSION
Washington, D.C. 20549
FORM 8-K
CURRENT REPORT
Pursuant to Section 13 or 15(d) of
The Securities Exchange Act of 1934
Date of Report (Date of earliest event reported): August 26, 2021
LUBY’S, INC.
(Exact name of registrant as specified in its charter)
Delaware
(State or other jurisdiction of incorporation)
Registrant’s telephone number, including area code: (713) 329-6800
Check the appropriate box below if the Form 8‑K filing is intended to simultaneously satisfy the filing obligation of the registrant under any of the following provisions:
Securities registered pursuant to Section 12(b) of the Act:
Indicate by check mark whether the registrant is an emerging growth company as defined in Rule 405 of the Securities Act of 1933 (§230.405 of this chapter) or Rule 12b-2 of the Securities Exchange Act of 1934 (§240.12b-2 of this chapter).
Emerging growth company ☐
If an emerging growth company, indicate by check mark if the registrant has elected not to use the extended transition period for complying with any new or revised financial accounting standards provided pursuant to Section 13(a) of the Exchange Act.
Item 5.02. Departure of Directors or Certain Officers; Election of Directors; Appointment of Certain Officers; Compensatory Arrangements of Certain Officers.
Effective as of September 8, 2021 (the “Effective Date”), Steven Goodweather, Vice President and Chief Financial Officer of Luby’s, Inc. (the “Company”), resigned from the Company. There was no disagreement between Mr. Goodweather and the Company.
On September 1, 2021, the Board of Directors of the Company (the “Board”) appointed Eric Montague as Interim Chief Financial Officer of the Company effective as of the Effective Date. Mr. Montague, 52, has been the Chief Financial Officer of Winthrop Capital Advisors, LLC (“Winthrop”) since 2017. Winthrop provides various management services to the Company and Mr. Montague will continue to serve in his position at Winthrop. Prior to joining Winthrop, Mr. Montague was an audit partner in the CPA firm, CohnReznick, from 2014-2017. Mr. Montague is a CPA.
In connection with Mr. Montague’s appoint as Interim Chief Financial Officer, the Company and Winthrop entered into an agreement (the “Agreement”), pursuant to which the Company will pay Winthrop a monthly fee of $10,000 for so long as Mr. Montague serves as the Company’s Interim Chief Financial Officer. The Company and Winthrop previously entered into a consulting agreement, pursuant to which Winthrop provides consulting services related to the Company’s adoption of the liquidation basis of accounting and an agreement providing for the services of the Company’s Interim Chief Executive Officer and President.
Additionally, on August 31, 2021, the Company and Mr. Goodweather entered into a final separation agreement and release (the “Separation Agreement”). The Separation Agreement provides that Mr. Goodweather will be entitled to receive a lump sum amount equal to 100% of his base salary pursuant to Mr. Goodweather’s Severance Protection Agreement and the immediate vesting of 16,000 shares of restricted stock. Mr. Goodweather will also be eligible to receive an additional $12,500 in cash and 8,000 shares of restricted stock, which shares will vest immediately, if a sale of the Company’s Culinary Contract Services business occurs within 180 days of the Effective Date.
Mr. Montague has no family relationships with any current director, director nominee, or executive officer of the Company, and there are no transactions or proposed transactions, to which the Company is a party, or intended to be a party, in which Mr. Montague has, or will have, a material interest subject to disclosure under Item 404(a) of Regulation S-K except as described herein.
Item 8.01. Other Events.
On August 26, 2021, the Company completed its previously announced sale of its cafeteria business to CAL Acquisition Corporation (the “Buyer”). In addition to the 32 previously announced store locations included in that sale, the Company also sold three more locations to the Buyer: Baytown, TX, Dallas - Midway, TX and Plano, TX. The purchase/sale transaction included only the restaurant operations, intellectual property rights, and certain assets within said locations, but did not include any of the real estate that the Company owns at the locations sold. Effective on the transaction date, the operating subsidiary of the Buyer will be known as Luby’s
Restaurant Corporation. The Company has the right to maintain its corporate name, Luby’s, Inc., through its liquidation process and continues to trade on the New York Stock Exchange under the symbol LUB.
Effective August 27, 2021, the Buyer also assumed management of the remaining 18 Luby’s cafeteria stores that the Buyer did not purchase that are currently open. The managed locations are as follows: Austin-MoPac, Austin-Slaughter[1], Corpus Christi-So. Padre Island Dr., Deer Park, El Paso-No. Mesa, Ft. Worth-Hulen, Ft. Worth-Loop 820, Houston-Eastex, Houston-MacGregor, Houston-Old Spanish Trail, Houston-Spring Cypress, Lake Jackson, Pearland¹, San Antonino-Blanco, San Antonino-No. Main, San Antonio-San Pedro, San Antonio-Tesoro and The Woodlands, all in Texas.
As of August 31, 2021, the Company currently owns 54 real estate locations, which it is the process of marketing and selling, including 7 locations which are currently under contract to sell. The Company continues to run its Culinary Contract Services, which it is the process of marketing and selling. The Company has now sold its Luby’s Cafeteria business and its Fuddruckers restaurant business. During the Company’s fiscal year which ended August 25, 2021, the Company has sold 11 real estate locations that it previously owned.
.
SIGNATURES
Pursuant to the requirements of the Securities Exchange Act of 1934, the registrant has duly caused this report to be signed on its behalf by the undersigned hereunto duly authorized. 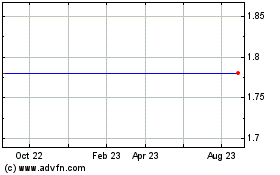 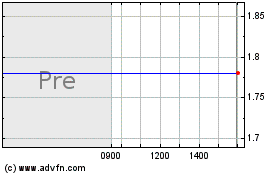