Kroger Co. is jumping into the meatless business.

The largest U.S. supermarket chain said Thursday that it will roll out plant-based burger patties, grinds and other products, seeking to capitalize on consumer interest in new meat replacements that have recently been added to menus at big fast-food chains and other restaurants.

Cincinnati-based Kroger is one of the biggest retailers to introduce a store-branded line of meatless products, part of its effort to reinvigorate sales as it faces tough competition from online services and discount grocers.

Kroger -- which also sells Beyond Meat Inc.'s meat-replacement patties and sausages -- will put its own plant-based deli slices, sausages and other products on shelves at 1,800 of its 2,800 stores this fall. Kroger's patties are pea-based, designed to resemble beef.

The company said those products will be priced below plant-based products from Beyond Meat but wouldn't say by how much. Beyond Meat's two-pack of patties sells for roughly $6.

Gil Phipps, Kroger's vice president of branding, marketing and private brands, said the company was appealing to the one-third of its customers that identify as so-called flexitarians, eating meat and fish only occasionally. Such diners have driven sales for Beyond Meat and competitors such as Impossible Foods Inc.

Shares of Beyond Meat have more than doubled since its initial public offering in May, giving the meatless-burger company a valuation of nearly $10 billion. Impossible Foods Inc. has raised more than $750 million from investors including rapper Jay-Z and basketball player Paul George.

"We've been tracking this for a number of years, and the growth has been very, very strong," Mr. Phipps said.

The plant-based meat market is estimated to hit $85 billion by 2030, according to a recent report by UBS. Meat companies, too, are introducing plant-based alternatives to their core beef, pork and chicken products. Hormel Foods Corp. on Wednesday said it is introducing a plant-based protein brand, and Tyson Foods Inc. said Thursday it invested in a producer of plant-based shellfish.

Kroger, which owns Harris Teeter, Fred Meyer and Ralphs stores among other chains, is trying new products and focusing on e-commerce, delivery and consumer data. Rivals including discounter Aldi and Walmart Inc. have increased their share of the U.S. grocery market in recent years.

Store brands like the new meatless products have been a bright spot at Kroger. They made up nearly 20% of the chain's total sales last year, generating about $22 billion in sales.

Kroger, which is expected to report earnings for its latest quarter next week, posted a slight decline in total sales last quarter. Shares are down about 23% over the past year.

Write to Jaewon Kang at jaewon.kang@wsj.com 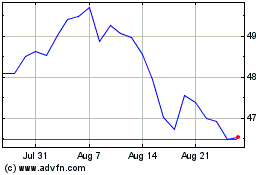 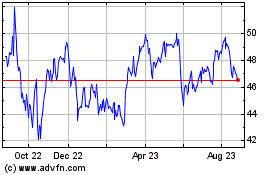 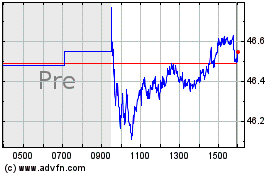