Department store chain Belk Inc. won bankruptcy-court approval to cut $450 million in debt, emerging from a prepackaged chapter 11 case less than 24 hours after it was filed.

After filing for chapter 11 protection on Tuesday, Belk won approval for its restructuring plan early Wednesday from Judge Marvin Isgur in the U.S. Bankruptcy Court in Houston. Belk's sprint through chapter 11 was the one of just a handful of cases that were completed in under 24 hours.

Prepackaged bankruptcy filings are popular because they take less time and cost less in administrative and professional fees. But superfast bankruptcies like Belk's are rare. Only a handful of companies have been able to go in and out of bankruptcy in a 24- or 48-hour time frame, including catalog retailer Fullbeauty Brands Inc., which set the previous record in 2019 for the least time between the filing of a chapter 11 petition and confirmation of an exit plan.

Bricks-and-mortar retailers often spend more time in chapter 11 because they have dozens of landlords and typically use the bankruptcy process to negotiate lower rents and close chunks of their store base.

Charlotte, N.C.-based Belk, however, is using bankruptcy solely to restructure its debt while paying vendors in full and assuming the leases at its 291 stores, all of which are staying open, according to court papers.

Judge Isgur expressed concern at Wednesday's court hearing about whether all creditors were properly notified in advance of the planned bankruptcy and had enough time to raise objections.

Justice Department bankruptcy monitors objected to Belk's sprint through bankruptcy, saying the company was racing through the process too quickly without giving creditors and others who might have an interest in the chapter 11 case enough time to respond or object.

In response, the judge crafted a separate order to preserve the rights of creditors or others to bring up potential objections in bankruptcy court after confirmation. For example, even though Belk has said it is assuming all of its leases, a landlord can still contest Belk's right to assume the lease, the judge said.

Belk laid the groundwork for the bankruptcy months in advance. After announcing the planned filing, Belk reached out 90,000 creditors, its lawyer Matthew Fagen said at the court hearing.

The restructuring plan will wipe $450 million in junior debt held by KKR & Co. and Blackstone Group Inc. from Belk's balance sheet, which stood at $1.9 billion before the bankruptcy.

Belk's private-equity owner Sycamore Partners is retaining a majority stake in the retailer, while KKR, Blackstone and other lenders will own the rest of the company.

As part of the plan, the lenders and Sycamore are investing a combined $225 million in fresh capital in the form of a loan.

Write to Soma Biswas at soma.biswas@wsj.com 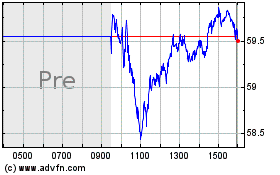