The energy infrastructure firm that owns stakes or operates 83,000 miles of pipelines and 144 terminals on Wednesday said it earned net income attributable to the company of $1.41 billion, compared with a loss of $306 million in the year-earlier period, when it recorded impairment charges.

Profit rose to 62 cents from a loss of 14 cents on a per-share basis. After adjustments, Kinder's earnings amounted to 60 cents a share for the January through March stretch.

Analysts expected the company to earn 24 cents a share in adjusted profit on $3.03 billion in revenue.

Kinder said gains in net income and distributable cash flow were primarily tied to the winter storm in Texas and are mostly nonrecurring.

In addition, the storm curtailed oil production, providing a gain for Kinder's carbon-dioxide business, which produces, transports and markets carbon dioxide for use in oil recovery projects.

"Our storage assets performed exceptionally well, allowing us to deliver gas into the market throughout the storm. These storage withdrawals, along with gas we purchased before and during the event, enabled us to deliver significant volumes of gas at contractual or prevailing prices," Chief Executive Officer Steve Kean said in a statement.

Overall, Kinder said natural gas transport volumes were down 3% year over year in the first quarter. 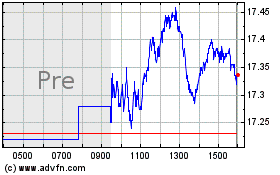