JPMorgan Chase & Co. is putting two of the contenders to succeed Chief Executive Jamie Dimon in charge of its sprawling consumer-banking operation.

The bank on Tuesday said consumer-lending chief Marianne Lake and Chief Financial Officer Jennifer Piepszak are taking the reins of its consumer and community bank from Gordon Smith, who will retire at the end of the year. Jeremy Barnum, the bank's head of global research, will become finance chief. The changes take effect immediately.

The move comes two years after JPMorgan put Ms. Lake and Ms. Piepszak in their current roles and established them as front-runners to one day run America's biggest bank. The decision to place the women, both 51 years old, in charge of a unit that serves half of all U.S. households and accounts for roughly 40% of the bank's profit further cements that status.

They will jointly run a business that has expanded in recent years. By the end of July, Chase will have branches in every U.S. state but Alaska and Hawaii. Its popular Sapphire credit cards have helped it lure the kind of customers prized in the banking business: big spenders with money to save and invest.

Ms. Lake joined JPMorgan in 1999. Before taking on consumer lending -- where she oversaw credit card, mortgage and auto lending -- she was the bank's finance chief.

Ms. Piepszak, a 27-year JPMorgan veteran, was running the bank's credit-card business when she was tapped for the CFO job in the 2019 reshuffling. She also has run JPMorgan's business-banking unit and was finance chief of its mortgage business.

Ms. Piepszak and Ms. Lake are friends, colleagues say, and they brush aside talk of a succession race.

Mr. Dimon has maintained that his retirement isn't a near-term event -- for years his standard answer to the perennial question from analysts and journalists has been "five more years." But the move will leave the 58-year-old Mr. Pinto alone in the role of CEO in an emergency, known internally as the "Jamie got hit by a bus" scenario.

Mr. Smith said he is stepping down to spend more time with his wife and family. Ms. Lake and Ms. Piepszak, he said, are superb leaders who made the decision easier.

Mr. Smith is the last remaining member of the bank's operating committee of top leaders who served through the financial crisis with Mr. Dimon. He joined JPMorgan in June 2007 from American Express Co. to help build the bank's credit-card operation. In a statement, Mr. Dimon called him one of his best-ever hires.

He was given charge of the entire consumer operation in 2012 and elevated, with Mr. Pinto, to their firmwide roles in 2018. But Mr. Smith's age -- 62 -- put him out of contention to permanently succeed Mr. Dimon, who is 65.

Mr. Smith said he and his wife had decided over the Christmas holiday that 2021 would make a good last year. He has no plans to take another banking job -- he turned down the CEO role at Wells Fargo & Co. in 2019 -- and will remain an adviser to Mr. Dimon and the bank following his retirement.

"If I wanted to keep working full time, I wouldn't be leaving," Mr. Smith said. 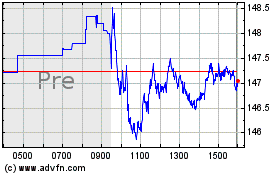