Investors' penchant for risk-taking has rejuvenated a volatile and sometimes dangerous group of exchange-traded funds.

Leveraged and inverse ETFs have raked in $16.3 billion through the first 10 months of the year, on pace to top 2008's record haul of $16.7 billion, according to Morningstar. The funds use leverage to double or triple daily returns and sometimes offer investors a chance to profit off the inverse, or opposite, of an index's move.

Those features have proved popular in this year's stock market rally. Stimulative efforts by the U.S. government to support the economy have created a springboard for stocks to surge since the market cratered in March. The S&P 500 has risen 13% this year and is trading at record levels, despite falling as much as 34% over five weeks in February and March

The hunt for bigger returns has led many investors to take bold gambits that have the potential for big gains and even bigger losses. More investors are using options than ever before to juice returns, and some have gambled on bounces in the share prices of bankrupt companies. Investors put more than $14 billion into leveraged and inverse ETFs in March and April alone, when those funds moved dramatically in tandem with the indexes they track.

"These products are ripe for investor attention," said Todd Rosenbluth, head of ETF and mutual-fund research at CFRA. "People see the strong performance and think, 'I want that too.' The market environment is conducive to leverage, but investors should be very careful."

Take the $8.6 billion ProShares UltraPro QQQ ETF, the biggest leveraged ETF by assets. It triples the daily return of an index that tracks the top 100 Nasdaq stocks and has nearly doubled in value over the past six months. Investors rushed into the fund in March and April, reversing several months of outflows. In September, investors put nearly $2 billion into the fund, its biggest month of inflows ever, according to Morningstar data.

Leveraged ETFs are designed to be held over the course of a single trading session. For periods longer than that, investors risk seeing returns, or even losses, that deviate from the performance of the index the fund tracks. But eye-popping gains over longer stretches tempt some investors to hold those funds for months or even years, putting them at risk of suffering a severe loss if that index plunges.

"If you're bullish about the S&P 500, then all the more reason you should be bullish about a leveraged S&P 500 fund," said John Rossi, a 69-year-old retiree who says he has used leveraged ETFs throughout the past decade. He favors triple-leveraged funds that track the S&P 500 and the top 100 Nasdaq stocks, among others, saying the products have been reliable contributors to his portfolio's performance.

A stretch of sharp volatility, such as the one in March, is nothing more than an opportunity to buy even more shares of those funds, he added. "You have to have a high risk tolerance to do that," said Mr. Rossi, who estimates that about 30% of his portfolio is in leveraged ETFs. "And the cash on the sidelines."

Those incidents raised questions about whether investors fully understand the risks of the products.

For those reasons, some of the biggest players in the $5 trillion ETF industry say they have no interest in adding leveraged products to their lineups, even after securities regulators opened the door to greater competition.

Last month the Securities and Exchange Commission gave a blanket blessing to new leveraged ETFs, ending its freeze on such activity when it shelved a measure that would have required more-stringent sales practices for such funds. Direxion and ProShares had previously been the only firms with approval to market the products. In a nod to the extreme volatility these products can experience, the SEC capped leverage of new funds at two times.

Usually such an invitation from a regulator would lead to a rash of new products, such as when the SEC greenlighted actively managed ETFs last year. Not this time.

A spokeswoman for BlackRock Inc.'s iShares, the biggest ETF manager by market share, said that the firm has given priority to the rollout of sustainable investing and fixed-income funds, and that it doesn't include any leveraged or inverse funds in its product lineup.

Vanguard, the second-biggest player in the ETF space, banned the purchase of inverse and leveraged funds from its brokerage platform last year. A spokesman said that the restriction remains in effect and that such products are "incompatible with our longstanding buy-and-hold approach."

Invesco, another big player in the market, has no intentions of jumping in at this time, said Anna Paglia, head of ETFs and indexed strategies.

"We continue to believe that levered [and] inverse ETFs carry a set of risks that are separate and distinct from the traditional investment risk associated with ETFs," she added.

The positions of those three firms, which together control about 70% of the ETF market, aren't a surprise. They were part of a consortium that petitioned the major stock exchanges earlier this year for a new naming system that would prohibit leveraged and inverse funds from using the ETF moniker. They argued that "ETF" had become a blanket term for a range of products that can lead to significantly different outcomes for investors.

Michael Sapir, chief executive of ProShares, said the firm has given priority to educating investors on how the firm's leveraged and inverse products work, and urges anyone buying such products to do his or her homework beforehand. "They simply shouldn't buy them if they don't understand the product," Mr. Sapir added.

CFRA's Mr. Rosenbluth says smaller competitors are more likely to make a run at the leveraged-ETF market. But without the vast resources of the industry's biggest players, such funds are likely to remain the domain of the duopoly, he added.

"Firms that have the resources to compete with ProShares and Direxion are focused elsewhere," Mr. Rosenbluth said. 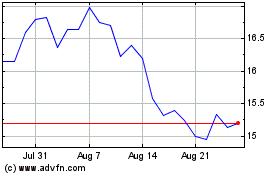 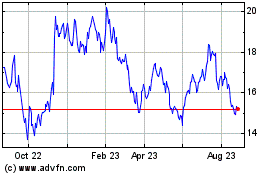 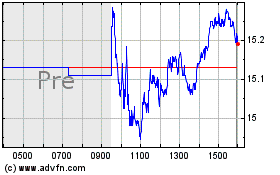