Advances in Covid-19 treatment have shortened hospital stays, easing capacity strains. But doctors and health-care disaster experts say the gains are not enough to meet a sustained rise in hospitalizations, particularly in remote pockets of the country that have smaller hospitals and fewer medical professionals.

Nationally, a spring surge of Covid-19 hospitalizations peaked in mid-April and was followed by a second wave in late July. The latest rise began in late September, data from the Covid Tracking Project show, with the number soaring 60% from the low point that month. People hospitalized with Covid-19 in the U.S. and its territories reached 46,095 on Thursday.

Treatment of the disease remains limited and too many patients with lengthy stays can still overwhelm available doctors and nurses and swamp emergency departments and intensive-care units, they say.

Those risks are greater now as fatigue with restrictions on public life is complicating efforts to stem contagion. The virus is also reaching more sparsely populated regions of the U.S. where many hospitals are small and farther apart. Coinciding with the latest surge, the nation has entered flu season, which typically fills hospital beds each year.

"It's just a numbers game," said Dixie Harris, an intensive-care doctor in Utah, who is anxiously making her own calculations for how long beds will remain available at her hospital in Salt Lake City.

Dr. Harris saw firsthand the consequences of overwhelmed hospitals when she volunteered in New York in April. "You don't want to be in an ICU without enough nursing," she said. "When you don't get good nursing care, it's harder to survive."

The rise in hospitalizations is troubling but doesn't fully reflect the risk to hospitals and patients from the latest wave, health-care officials and disaster-response experts said.

"A couple things are not obvious just looking at the national numbers," said Eric Toner, a senior scholar with the Johns Hopkins Center for Health Security. The latest wave is spreading across a wider geographic area, he said.

Locales swamped by Covid-19 in the spring were concentrated in a few spots, primarily New York, Dr. Toner said. As patients now stream into hospitals across many states, there are fewer unaffected areas able to send relief, such as temporary nurses and doctors.

New York and New Jersey hospitals accounted for nearly half -- 45% -- of hospitalizations in the U.S. and territories at the peak of the spring surge, Covid Tracking Project data show. The second wave was concentrated in California, Florida and Texas, which had 49% of hospitalizations at the late July peak. Now, about the same percentage is spread across nine states: Texas, California, Illinois, Florida, Georgia, Indiana, Ohio, Wisconsin and Tennessee.

"It is much more difficult when everyone is feeling the pain at the same time," said Jonathan Greene, an official dealing with preparedness and response within the U.S. Department of Health and Human Services. "There is a finite number of resources."

Mr. Greene oversees some health-care workers deployed to provide federal relief in disasters. During the pandemic, many such personnel have already been sent more than once to help with Covid-19 emergencies, he said.

Cases are also surging across rural regions of the country. The total numbers of Covid-19 hospital patients are smaller but so too is the number of hospitals in remote areas, Mr. Greene said. Without another hospital nearby, more outside aid is needed.

But as coronavirus cases surge in the state, the 290-bed flagship hospital is sending Covid-19 patients to Beartooth, which also continues to care for local patients. As occupancy across the region rises, Beartooth and other hospitals are swapping staff to fill emergency shortages when health-care workers enter quarantine after being exposed to the virus.

Beartooth had one radiology technician to cover the emergency room around the clock after two other technicians needed to quarantine, Ms. Evans said. Doctors would hastily meet to consider options for how to treat trauma patients without diagnostic imaging before temporary help arrived from another hospital, she said.

Beartooth sent nurses to Billings briefly, but couldn't afford to go long without them. "It's tight," Ms. Evans said. "It's completely tight. We all have to take a deep breath and say 'We can do this today.' "

So far, Beartooth hasn't seen patients with influenza, but the seasonal virus typically fills some hospital beds each year. "It's keeping me up at night," Ms. Evans said. "I don't know how much longer this is sustainable."

Last year, the flu sent about 400,000 people to U.S. hospitals in what the Centers for Disease Control and Prevention called a moderate season. Officials fear the flu-virus overlap with Covid-19 could mean little relief for hospitals in coming months.

"This is a sign of things to come," said Jim Murphy, Montana's administrator of the Communicable Disease and Laboratory Services Division for the Montana Department of Public Health & Human Services.

HCA Healthcare Inc., one of the nation's largest hospital systems, saw its ICU capacity increase as the Nashville-based company used data analytics to monitor care of critically ill patients and ventilator use, Chief Executive Sam Hazen told analysts earlier this month. "It creates a lower length of stay for the patient and ultimately a much better outcome," he said.

New treatments, though limited, have also helped improve care and shorten hospital stays for Covid-19 patients. Those gains and a rising number of infections among young people -- who are the least likely to die if infected -- have probably helped lower the death rate, according to epidemiologists, though measuring that rate is challenging.

Steroids and remdesivir are "great weapons in the arsenal of Covid 19" and have shortened hospital stays, said Ryan Mielke, spokesman for the University Medical Center in El Paso.

But the benefit of improved care and shorter hospital stays can be overmatched if people relax health precautions, he said.

A month ago, University Medical Center had 30 Covid-19 patients. Thursday, it had 206, many of them in tents serving as makeshift ICUs in a city that has seen a sustained rise in coronavirus cases for weeks, he said.

"It's fatigue," Mr. Mielke said. "Mitigation efforts such as staying away from groups start to get put aside and people want to see their friends, they want to go to a restaurant. People are not wearing masks."

Officials said the majority of new cases involve people under 30, but they are spreading their infection to more-vulnerable populations.

New cases of Covid-19 have been steadily rising for a month in El Paso, Texas's sixth largest city, and hospital administrators have warned that facilities were approaching capacity. El Paso County has averaged 942 new cases daily in the past two weeks -- the most in Texas -- up from a daily average of 137 in September. Deaths, which typically lag behind new cases by a few weeks, have stayed in the single digits. The region appealed to the state for help as Covid patients filled more than a third of its hospital beds.

Other hospitals in El Paso treating coronavirus patients have added tents. But some patients are being flown to hospitals in cities hundreds of miles away, such as Dallas and San Antonio. The Texas Division of Emergency Management is sending medical equipment and personnel to turn the El Paso Convention and Performing Arts Center into a temporary hospital with up to 100 beds. The state has also assisted hospitals with extra beds and more than 900 medical workers.

"The alternate care site and auxiliary medical units will reduce the strain on hospitals in El Paso as we contain the spread of Covid-19 in the region," Gov. Greg Abbott said in a news release.

Write to Melanie Evans at Melanie.Evans@wsj.com and Elizabeth Findell at Elizabeth.Findell@wsj.com 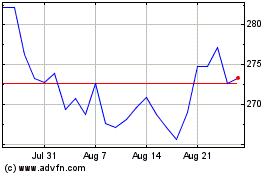 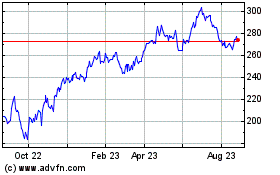 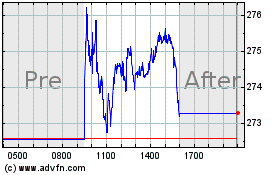