The Milwaukee-based company has been one of the highest profile U.S. casualties of recent trade disputes, after the EU put a 25% duty on its bikes and other U.S. goods in 2018. Those levies were a response to tariffs the Trump administration imposed on steel and aluminum from producers in Europe and elsewhere.

Harley-Davidson said the EU ruling would apply to its entire lineup and subject all products -- regardless of origin -- to a 56% import tariff in the trade bloc.

The European Commission, the EU's executive arm, didn't immediately respond to a request for comment.

The company also had positive news to offer Monday with a sales update. It said a 30% increase in motorcycle volumes in North America helped sales exceed expectations for the first quarter. It also raised its 2021 forecast for motorcycle revenue to growth of 30% to 35%, from a previously projected 20% to 25%.

Harley-Davidson shares were up 12% in midday trading.

More recently, the U.S. has ended some import tariffs. For instance, in March it canceled levies on British luxury products, including Scotch whisky, that had been imposed as part of a dispute over subsidies to Airbus SE, the European aircraft manufacturer.

Europe, the Middle East and Africa had been among Harley-Davidson's largest markets outside of the U.S., but its first-quarter results showed almost 3,000 few motorcycles sold in the sales region, marking a 36% decline from a year earlier.

The company attributed the decline to shipping delays related to the pandemic and its decision to stop selling some popular motorcycle models in the region. Harley-Davidson will soon offer a new motorcycle known as the Pan America and designed for on-road and off-road use. Company executives anticipate the model will be popular in Europe.

Bob Tita contributed to this article. 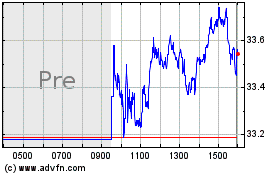