An effort by Goldman Sachs Group Inc. to get a Delaware bankruptcy judge to stop a lawsuit filed against the investment bank in Tennessee has failed.

As part of the 2020 bankruptcy of restaurant chain Ruby Tuesday Inc., Goldman Sachs got ownership of a corporate retreat at Maryville College in Tennessee.

Goldman Sachs was then sued by BNA Associates LLC, which alleged that Goldman Sachs had interfered with its earlier efforts to take over the property.

Goldman Sachs then asked the bankruptcy court that had approved Ruby Tuesday's restructuring earlier this year to essentially require BNA Associates to dismiss its complaint.

On Wednesday, Judge John Dorsey denied Goldman's request, saying, among other things, that his approval of the Ruby Tuesday bankruptcy plan doesn't have the effect of barring the Tennessee lawsuit. 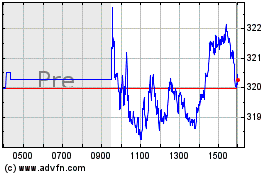