The FTSE 100 index on Wednesday closed lower despite outperforming its European peers with gains from pharmaceutical major GlaxoSmithKline PLC and other major oil stocks. "The market is still adjusting to the Fed's hawkish shock last week when it projected two interest rate rises in 2023," says Sophie Griffiths, market analyst at OANDA.

Manolete Partners PLC on Wednesday reported a drop in profit for fiscal 2021 and appointed Howard Leigh as chairman designate.

Synthomer PLC said Wednesday that it has appointed Michael Willome as its next chief executive officer, succeeding Calum MacLean with effect from Nov. 1.

Investment company Literacy Capital PLC said Wednesday that it plans to float on the main market of the London Stock Exchange, with admission expected to take place on Friday.

Transglobe Energy Corp. said Wednesday that second-quarter production rose on quarter due to well-optimization activities in Egypt, full oil production from the lower Bahariya reservoir, Egypt, and a return to production in Canada.

Dignity PLC said Wednesday that underlying profit for the 21 weeks ended May 21 was slightly lower than in the same period of the previous year.

Data Knights Acquisition Corp. (DKDCU) filed a Form 8K - Other Events - with the U.S Securities and Exchange Commission on June 22, 2021.

GlaxoSmithKline PLC said Wednesday that it expects growth in sales and adjusted operating profit over the next five years to be underpinned by new vaccines and specialty medicines, as it set targets for the medium and long term following the planned 2022 demerger of its consumer healthcare business.

IHS Markit Ltd. raised its adjusted-earnings guidance for the rest of the fiscal year as it said its end markets continued to recover.

Clontarf Energy PLC said Wednesday that John Teeling has stepped aside as chairman of the board, and that Managing Director David Horgan has been appointed executive chairman.

Polyus PJSC on Wednesday reiterated its 2021 production target and said it expects to produce slightly more gold over the next two years, mainly from higher output from the Olimpiada mine.

Capital Ltd. said Wednesday that founder and Executive Director Brian Rudd is selling three million shares of the company at a discounted price.

--The company expects its late-stage pipeline to underpin sales in the longer term, until 2031

1052 GMT - Marlowe's fiscal 2021 results came with a small beat to current consensus, organic progress in a number of areas, and a sizeable upgrade to future guidance, Berenberg says. The provider of technology-enabled compliance services achieved run-rate adjusted Ebitda of GBP44 million in the fiscal year, above previous guidance of GBP39 million, prompting Berenberg to upgrade its forecasts by 12% to 14%. "With the company remaining in a net cash position, having a 'strong pipeline of earnings enhancing acquisitions,' as well as enjoying a strong start to the year in terms of organic growth, we think the Marlowe investment case is in a great position," the German brokerage says. Berenberg has a buy rating on the stock and increases the target price to 1,160 pence from 900 pence.

IMI Is Catching Up With Rivals, HSBC Says

1023 GMT - IMI is catching up with rivals, HSBC says, increasing its recommendation on the U.K. engineering company to buy from hold and its price target to 2,065 pence from 1,370p. IMI's shares could make further significant gains despite a 40% rally so far this year, HSBC says. Over the past decade, IMI's adjusted earnings haven't risen on a compound annual basis, whereas those of its peers have on average increased by about 5% a year, the bank says. "At the moment, it's tricky to delineate between recovery and sustainable growth, but we believe enough has changed at IMI to drive the latter," analyst Michael Tyndall says. Shares rise 0.8% to 1,727p.

UK PMIs Strong Momentum Is at Odds With Other Indicators

1019 GMT - While U.K. PMIs suggest a modest slowdown in economic growth in June, other surveys signal that activity has slowed sharply in recent weeks, says Samuel Tombs, chief U.K. economist at Pantheon Macroeconomics. Both the Office of National Statistics' Business Impact of Covid-19 survey and the Bank of England's Clearing House Automated Payment System data suggest that activity has stalled, he says. "As the ONS' survey has been a better guide than the PMIs to the pace of the recovery so far ..., we still think that month-to-month growth in GDP probably slowed to about 1.5% in May and 0.5% in June, decelerating from the 2.1% and 2.3% increases seen in March and April, respectively," Tombs says.

1019 GMT - A lower-than-expected preliminary reading in the U.K. purchasing managers index for June is unlikely to alter the Bank of England's monetary policy stance, says Oliver Blackbourn, multi-asset portfolio manager at Janus Henderson Investors. "It is unlikely that the data changes the picture for the Bank of England's rate decision tomorrow." 10-year gilt yields are little changed Wednesday after a week of volatility in line with other bond markets. Instead, this morning's data has seen inflation breakeven rates rise, pushing down real yields, while the stronger eurozone PMI responses and a weaker U.K. survey may have contributed to sterling weakening against the euro, he says.

1015 GMT - Berkeley Group Holdings falls 1% despite higher annual profit and revenue and the U.K. house-builder's plans to return more cash to shareholders. Investors are questioning whether house-builders can maintain momentum as the U.K. market cools, Hargreaves Lansdown says. "Some of Berkeley's figures seemed to confirm this trend," says HL analyst Laura Hoy. "Private reservations were down 20% and forward sales also declined slightly. Some of that can be attributed to the fact that the group paused some launches of its developments during lockdown and management confirmed that despite this, it was still on track to hit its long-term goal of GBP500 million in annual profits each year to 2025, but it's still unnerving for the market."

0936 GMT - Spirent Communications, dotDigital Group and Centralnic Group hold top positions in niche and highly technical markets, but are often overlooked by the market, Berenberg says. Test, assurance, and analytics services provider Spirent has become much less cyclical over the 2015-20 period, marketing-automation software company dotDigital is set to benefit from continuing tailwinds and internet domain-name supplier Centralnic can accelerate revenue growth thanks to its online marketing businesses, the brokerage says. "We think all three stocks are often overlooked because they are viewed as cyclical, too expensive or too small," Berenberg says, starting coverage on all three stocks with buy recommendations.

0918 GMT - Anglo American shares rise 1.6% after reporting De Beers rough diamond sales for the fifth cycle of the year. The diamond company achieved sales of $470 million between June 7-June 22, up from Citi's expectations of $450 million. "The increase reflects improving market fundamentals and restocking-led demand," the bank says. Cumulative sales of $2.5 billion in the first five cycles of 2021 is more than double that of the first half of 2020, and is within the $2.5 billion-$3.0 billion range seen in 2017-19 for the period, Citi notes. 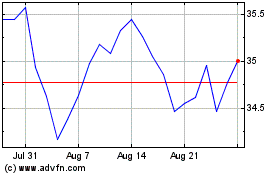 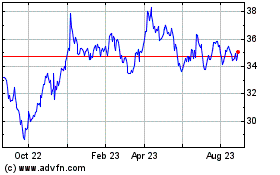 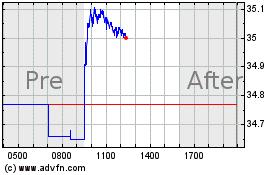