NASHVILLE, Tenn., June 27, 2022 /PRNewswire/ -- Genesco Inc. (NYSE: GCO) announced today that the independent directors of the Genesco Board have unanimously selected Gregory A. Sandfort as the Company's Lead Independent Director, effective June 23, 2022. Sandfort succeeds Matthew C. Diamond who has served in that role for the past four years.

Sandfort, who joined Genesco's Board in 2021, will continue to serve on Genesco's Audit and Compensation committees. Diamond will remain on the Genesco Board.

"We are pleased to announce Greg's appointment as our next lead independent director," said Mimi E. Vaughn, Genesco's Board Chair, President and Chief Executive Officer. "He brings more than 40 years of strategic retail leadership to our Board with a deep understanding of customer dynamics, the ability to successfully lead business transformations, along with expertise in capital allocation. I look forward to working with Greg as we continue to build on Genesco's footwear focused strategy."

Vaughn added, "I would also like to thank Matt Diamond for his impactful leadership during extraordinary times as our lead independent director these past four years. Our company is in a better place because of Matt, and I look forward to continuing to work with him as a valuable member of our Board."

Sandfort joined the Genesco Board in 2021. He served as Chief Executive Officer of Tractor Supply Company from May 2016 to January 2020 and as a member of its Board of Directors from February 2013 to May 2020. Sandfort held a variety of senior leadership roles at Tractor Supply including President and Chief Executive Officer from December 2012 to May 2016, and President and Chief Operating Officer from February 2012 to December 2012. Following his retirement, he served as a strategic advisor and consultant to Tractor Supply from January to August 2020.

He previously held senior leadership roles with Michaels Stores, Inc. including President and Chief Operating Officer from March 2006 to August 2007 and as Executive Vice President – General Merchandise Manager from January 2004 to February 2006. Sandfort has been a Director of WD-40 Company since 2011 and its Lead Independent Director since October 2020. He is a former Director of Kirkland's, Inc.

Genesco Inc., a Nashville-based specialty retailer and branded company, sells footwear and accessories in more than 1,410 retail stores throughout the U.S., Canada, the United Kingdom and the Republic of Ireland, principally under the names Journeys, Journeys Kidz, Little Burgundy, Schuh, Schuh Kids, Johnston & Murphy, and on internet websites www.journeys.com, www.journeyskidz.com, www.journeys.ca, www.littleburgundyshoes.com, www.schuh.co.uk, www.schuh.ie, www.schuh.eu, www.johnstonmurphy.com, www.johnstonmurphy.ca, www.nashvilleshoewarehouse.com, and www.dockersshoes.com. In addition, Genesco sells footwear at wholesale under its Johnston & Murphy brand, the licensed Levi's brand, the licensed Dockers brand, the licensed Bass brand, and other brands. Genesco is committed to progress in its diversity, equity and inclusion efforts, and the Company's environmental, social and governance stewardship. For more information on Genesco and its operating divisions, please visit www.genesco.com. 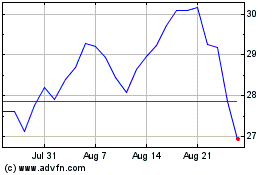 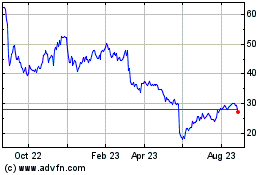 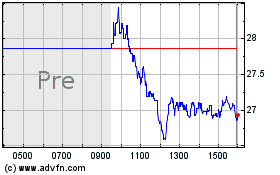