J.M. Smucker Co. is looking at another round of potential price increases on top of hikes planned for July if inflation outpaces the food maker's current forecasts.

Smucker is facing higher costs for ingredients such as coffee, peanuts, soybeans and animal fats, as well as for packaging and transportation, making it necessary to pass some of these on to consumers, Chief Financial Officer Tucker Marshall said.

The Orrville, Ohio-based company, which owns brands such as Jif peanut butter, Folgers coffee and Meow Mix cat food, earlier this month said it would raise prices for products sold through U.S. retailers that represent 90% of sales. It already is discussing with grocers and retailers how to execute the raises scheduled for July, Mr. Marshall said. In addition, Smucker is working to save $50 million a year in costs through fiscal 2024.

Campbell Soup Co., General Mills Inc. and other packaged-food companies also plan to charge customers more to offset higher inflation, which in May rose to its highest annual rate in nearly 13 years.

"Right now, we feel we have the right equation," Smucker's Mr. Marshall said. But the company might have to revisit its strategy should it encounter heightened inflation beyond what it is currently planning for, Mr. Marshall said.

Smucker in that case could take additional cost saving actions or raise prices again, Mr. Marshall said. He declined to comment on the level of inflation that would trigger new increases or cost cuts on top of the ones the company announced already.

U.S. consumer prices rose 5% last month from a year ago, according to data released Thursday. The jump followed a 4.2% rise for the year ended in April.

Smucker, which is seeing its input costs rise by high-single digit to low double-digit percentage figures, expects inflation will go up further in the coming months. "We have planned for a level of inflation that will spike and then come down," Mr. Marshall said.

Economists largely project that heightened inflation will be a transitory issue, but companies still have to plan for other scenarios, such as prolonged periods with higher price pressures.

Smucker, which booked net sales of $1.92 billion in its latest quarter, down 8% from the prior-year period, is looking at alternative ways of transporting commodities and products, Mr. Marshall said. While green coffee mostly arrives by ocean freight, food starches and peanuts come via truck and rail.

Smucker is taking steps to reduce costs by spending less on marketing, brokerage fees and improving efficiency in its supply chain and production, he said. The company expects these and other measures to contribute $50 million in annual savings during its fiscal years 2022, 2023 and 2024.

Smucker's strategy to offset inflation and bring down costs mirrors what other food and beverage companies are doing, said Rebecca Scheuneman, an equity research analyst at Morningstar Inc. "Everybody is experiencing this inflation and using a combination of cost savings and higher prices to pass it through," she said.

Now, that picture has changed. "Most companies are going to retailers with a price increase and a word of caution -- more may be coming," Mr. Growe said, referring to the potential for further raises. 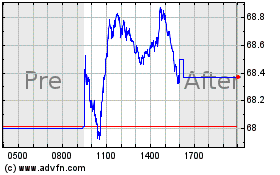