Meme stocks are rocketing higher again. AMC surged 83% in the week ended June 4, cementing its status as the darling of investors who post rocket-ship emojis and online calls to take stocks "to the moon." Shares of other stocks popular with individual investors such as GameStop Corp. have also surged over the past two weeks, a rally reminiscent of the Reddit-fueled craze of late January. AMC shares rose 95% Wednesday.

The reopening of offices isn't slowing Zoom's connection. Zoom's customer count rose and revenue nearly tripled in the first quarter, as the company expands beyond its initial focus on communications and collaboration to offer services such as webinars, chat and third-party applications. Zoom has also introduced features to aid businesses that have some staff returning to offices while others continue to work remotely. These include Zoom Rooms, the company's take on the traditional conference room, and Zoom Phone, which the company sells as a telephone option for huddle rooms and executive offices. Zoom shares fell 2.5% Thursday.

Securities regulators are trying to cage Elon Musk's tweets. The Wall Street Journal reported Tuesday that the Securities and Exchange Commission told Tesla last year that its chief executive's use of Twitter had twice violated a court-ordered policy requiring his tweets to be preapproved by company lawyers. Tesla and the SEC settled an enforcement action in 2018 alleging that Mr. Musk had committed fraud by tweeting about a potential buyout of his company. The SEC told Tesla in May 2020 that the company had failed " to enforce these procedures and controls despite repeated violations by Mr. Musk," who also publicly mocked the SEC even after settling fraud claims with the agency. Tesla shares fell 3% Wednesday.

Etsy is placing a large bid on the booming secondhand goods market. The online marketplace on Wednesday said it agreed to buy Depop for $1.63 billion. Etsy said the deal, consisting mainly of cash, gives the company access to the privately held marketplace's younger, fashion-conscious audience. Depop's gross merchandise sales and revenue both more than doubled last year, to about $650 million and $70 million, respectively. London-based Depop, founded in 2011, has a community of roughly 30 million registered users across nearly 150 countries, with four million active buyers and two million active sellers in 2020, Etsy said, and many of its sellers begin by listing items from their own wardrobe. Etsy shares added 7.2% Wednesday.

A hedge-fund billionaire has the ear of the world's largest music business. A special-purpose acquisition company controlled by William Ackman is nearing a deal with Universal Music Group that would give the SPAC a stake in Universal and value the business at about $40 billion. A deal, if consummated, would be the largest SPAC transaction on record. Universal is the record label behind artists including Lady Gaga, Taylor Swift, Billie Eilish and the Weeknd. Its stable also includes classic acts such as Queen and the Beatles, and last year it bought Bob Dylan's entire publishing catalog. Pershing Square Tontine shares declined 12% Friday.

United is planning to fly faster than sound. The airline said on Thursday that it would acquire 15 supersonic planes being developed by Boom Technology Inc. that would cut travel times and appeal to higher-paying fliers. United said it would buy Boom's planned Overture jets if the plane meets safety, operational and sustainability standards. Boom hopes to fly a scaled-down prototype later this year or early in 2022, with the full-size, 88-seat version targeted to carry passengers by 2029. The deal would resurrect high-speed flights more than two decades after that method of travel was grounded because of high costs and concerns about the noise it generated. United shares lost 4.3% Thursday.

Apple is slicing up its workweek this fall. In an email to staff, Chief Executive Tim Cook told office employees that they are expected to return to their workspace three days a week starting in September. The iPhone maker said it wants most office workers to show up Mondays, Tuesdays and Thursdays, with the option to work remotely on Wednesdays and Fridays. Apple has already gradually reopened its retail stores around the world. All of its 270 U.S. retail outlets welcomed back shoppers in March, and in his note to employees Mr. Cook said all stores in other markets would open their doors again by the end of the month. Apple shares fell 1.2% Thursday. 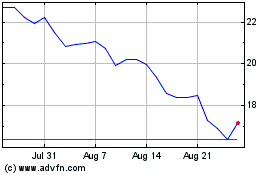 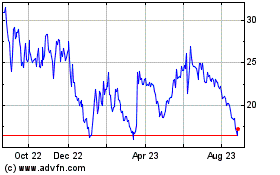 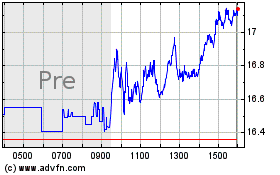