“This quarter we saw resilient margin contribution from our biofuels segment, even in the face of record-high feedstock prices. This was made possible by a strong, consistent manufacturing performance since the disruption of Winter Storm Uri. Our efforts are again fully focused on recovering ground in our chemicals segment, which we are attacking on a number of fronts.” said Tom McKinlay, Chief Operating Officer for FutureFuel Corp.

Financial and operating metrics, which include non-GAAP financial measures, include dollars in thousands, except per share amounts:

Consolidated revenue in the three and six months ended June 30, 2021 increased $26,696 and $15,130, compared to the three and six months ended June 30, 2020. This increase primarily resulted from increased prices in the biofuels segment partially offset by lower sales volumes in the chemicals segment.  Biofuels volume increased sales revenue in the current three-month period, but reduced revenue in the six-month period, as compared to the same periods of the prior year due to the unfavorable impact of winter storm Uri.

Income from operations in the three months ended June 30, 2021 decreased $864 compared to the three months ended June 30, 2020. This decline primarily resulted from:  i) reduced sales volumes of two custom chemicals we no longer sell; ii) the adjustment in the carrying value of our inventory as determined utilizing the LIFO method of inventory accounting which decreased gross profit $3,115 in the current three-month period as compared to an increase in gross profit of $1,575 in the same prior year period and iii) the change in the unrealized and realized positions in derivative instruments with a loss of $5,404 in the current three month period as compared to a loss of $935 in the same prior year period.  Mostly offsetting these declines was improved margins in the biofuel segment.

These forward-looking statements are subject to certain known and unknown risks and uncertainties, including, but not limited to the COVID-19 pandemic and the response thereto, as well as assumptions that could cause actual results to differ materially from those reflected in these forward-looking statements. Factors that might cause actual results to differ include, but are not limited to, those set forth under the headings “Risk Factors” and “Management’s Discussion and Analysis of Financial Condition and Results of Operations” in FutureFuel’s Form 10-K Annual Report for the year ended December 31, 2020 and in its future filings made with the SEC. An investor should not place undue reliance on any forward-looking statements contained in this document, which reflect FutureFuel management’s opinions only as of their respective dates. Except as required by law, the company undertakes no obligation to revise or publicly release the results of any revisions to forward-looking statements. The risks and uncertainties described in this document and in current and future filings with the SEC are not the only ones faced by FutureFuel. New factors emerge from time to time, and it is not possible for the company to predict which will arise. There may be additional risks not presently known to the company or that the company currently believes are immaterial to its business. In addition, FutureFuel cannot assess the impact of each factor on its business or the extent to which any factor, or combination of factors, may cause actual results to differ materially from those contained in any forward-looking statements. If any such risks occur, FutureFuel’s business, operating results, liquidity, and financial condition could be materially affected in an adverse manner. An investor should consult any additional disclosures FutureFuel has made or will make in its reports to the SEC on Forms 10-K, 10-Q, and 8-K, and any amendments thereto. All subsequent written and oral forward-looking statements attributable to FutureFuel or persons acting on its behalf are expressly qualified in their entirety by the cautionary statements contained in this document.

In this press release, FutureFuel used adjusted EBITDA as a key operating metric to measure both performance and liquidity. Adjusted EBITDA is a non-GAAP financial measure. Adjusted EBITDA is not a substitute for operating income, net income, or cash flow from operating activities (each as determined in accordance with GAAP), as a measure of performance or liquidity. Adjusted EBITDA has limitations as an analytical tool, and should not be considered in isolation or as a substitute for analysis of results as reported under GAAP. FutureFuel defines adjusted EBITDA as net income before interest, income taxes, depreciation, and amortization expenses, excluding, when applicable, non-cash share-based compensation expense, public offering expenses, acquisition-related transaction costs, purchase accounting adjustments, loss on disposal of property and equipment, gains or losses on derivative instruments, other non-operating income or expense. Information relating to adjusted EBITDA is provided so that investors have the same data that management employs in assessing the overall operation and liquidity of FutureFuel’s business. FutureFuel’s calculation of adjusted EBITDA may be different from similarly titled measures used by other companies; therefore, the results of its calculation are not necessarily comparable to the results of other companies.

Adjusted EBITDA allows FutureFuel’s chief operating decision makers to assess the performance and liquidity of FutureFuel’s business on a consolidated basis to assess the ability of its operating segments to produce operating cash flow to fund working capital needs, to fund capital expenditures, and to pay dividends. In particular, FutureFuel management believes that adjusted EBITDA permits a comparative assessment of FutureFuel’s operating performance and liquidity, relative to a performance and liquidity based on GAAP results, while isolating the effects of depreciation and amortization, which may vary among its operating segments without any correlation to their underlying operating performance, and of non-cash stock-based compensation expense, which is a non-cash expense that varies widely among similar companies, and gains and losses on derivative instruments, whose immediate recognition can cause net income to be volatile from quarter to quarter due to the timing of the valuation change in the derivative instruments relative to the sale of biofuel.

FutureFuel Corp.Condensed Consolidated Statements of Operations and Comprehensive Income(Dollars in thousands, except per share amounts)(Unaudited)

Depreciation is allocated to segment cost of goods sold based on plant usage. The total assets and capital expenditures of FutureFuel have not been allocated to individual segments as large portions of these assets are shared to varying degrees by each segment, causing such an allocation to be of little value. 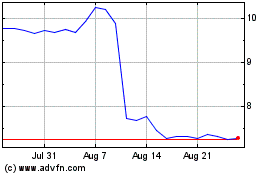 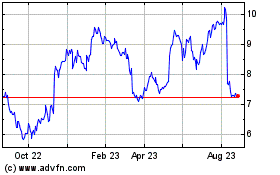 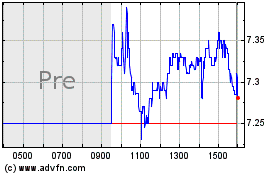