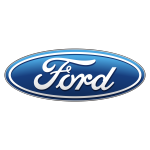 Volkswagen AG has agreed to invest around $2.6 billion in Ford Motor Co.'s autonomous-vehicle partner, Argo AI, in a deal that values the startup at $7 billion, according to people familiar with the matter.

Ford has been the majority shareholder of Pittsburgh-based Argo since early 2017, when it agreed to invest $1 billion.

Under the agreement with Volkswagen, to be announced Friday, Argo would develop autonomous-driving technology for VW and eventually supply systems for commercial use, while continuing its development work with Ford, the people said.

The $2.6 billion investment in Argo includes $1 billion in capital funding as well as the value of VW's 200-person autonomous-driving division in Munich, which the companies placed at $1.6 billion. That group, called Autonomous Intelligent Driving, is run by VW's Audi luxury-car unit and will form the foundation of Argo's presence in Europe, the people said.

Major auto makers have been consolidating efforts as they race to develop driverless and electric cars, and build business models around them.

VW and Ford scheduled a news conference Friday morning to provide details of further cooperation between the German and U.S. auto makers. Earlier this year, the two companies agreed to jointly develop and build commercial vans and trucks. They also are expected to outline plans to work together to develop electric vehicles.

Ford and VW began talks last year that led to the January deal to work together on vans and trucks for markets around the world. The idea to work together on electric and self-driving technology grew from those earlier talks. Both sides have said they aren't interested in any cross-ownership deals with each other.

The race to develop self-driving cars has spawned numerous partnerships between car companies, auto suppliers and tech firms -- all with the goal of solving what General Motors Co. Chief Executive Mary Barra has called "one of the biggest technical challenges of our time."

In recent months, developers have pushed back the timelines for introducing driverless-vehicle services amid nagging technical challenges and regulatory uncertainty.

Consulting firm AlixPartners LLP forecasts that about $45 billion will be spent on developing autonomous vehicles globally by 2025. 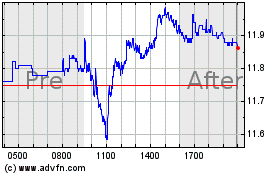