Companies have been stockpiling cash to navigate the coronavirus pandemic, and some are getting eager to spend it.

Cash holdings of U.S. public companies amounted to $2.54 trillion during the latest reported quarter, up from $1.96 trillion at the end of 2019 and $1.86 trillion from the second quarter in 2019, according to S&P Global Market Intelligence.

While it can be reassuring for finance chiefs to have ample cash and liquidity amid the economic downturn, many executives feel they need to put their companies' capital to work, using it to seize growth opportunities and generate returns for shareholders.

"We absolutely want to go and deploy capital," said Greg Lewis, chief financial officer of Honeywell International Inc. "This is truly an opportunity for us to go do that." The industrial conglomerate -- with more than $15 billion in cash holdings and short-term investments as of June 30, according to S&P -- plans to use its liquidity to scoop up other companies.

The coronavirus pandemic has created a divide between corporate haves and have-nots, with some companies building on existing stockpiles of cash and enjoying access to cheap debt, while others are struggling to survive. The tally of chapter 11 filings in the first seven months of the year rose 30%, according to data by legal-services firm Epiq Systems Inc.

Microsoft Corp., with $136.5 billion, topped the list of America's cash-rich companies as of June 30, according to S&P. The software company could find use for some of that as it is in advanced talks to purchase the U.S. operations of video app TikTok. Other companies with significant cash and short-term investments include Google parent Alphabet Inc., with $121.1 billion, and car maker Ford Motor Co., with nearly $40 billion in the latest-reported quarter, S&P data show.

Most companies have held back from spending on share-buyback programs and dividends since the beginning of the pandemic. Some businesses with strong cash holdings, such as cereal maker Kellogg Co., said they plan to focus on investing in their brands, capital expenditures and repaying debt.

Other executives are starting to look at deal making again despite an uncertain economic outlook and the coming presidential election, said David Hunt, a senior director for mergers and acquisitions at Willis Towers Watson PLC, an advisory and brokerage firm.

Beyond the potential Microsoft-TikTok deal, some recent transactions include Google's deal to buy a 6.6% stake in security-monitoring provider ADT Inc. for $450 million. Marathon Petroleum Corp. on Sunday said it plans to sell its gas stations to 7-Eleven Inc. for $21 billion.

Atkore International Group Inc., an electrical infrastructure company based in Harvey, Ill., had put its acquisition strategy on hold earlier this year when the pandemic unfolded. A recent rebound in the company's stock price and an increase in cash reserves prompted Atkore to revisit potential deals, said David Johnson, the company's CFO. Mr. Johnson said the company is looking for deals to expand in areas such as specialty metal conduits and security products.

"Barring a major global lockdown being imposed, we can expect a continued acceleration of deal making with cash being an element of it," said Andrea Guerzoni, global vice chair for strategy and transactions at Ernst & Young. "Big and financially robust companies are ready and able to fund significant deals if they want to."

Even though transaction volumes are significantly down compared with the prior-year period, mergers-and-acquisitions activity has picked up in June and July, according to EY.

PayPal Holdings Inc., the payments company, said it is sticking to its annual target of spending $1 billion to $3 billion on acquisitions even during the pandemic. "We've always been balanced between M&A, organic investment and returning cash to shareholders, and we've also been opportunistic," Chief Financial Officer John Rainey said on a second-quarter earnings call in July. The company had about $13 billion in cash and short-term investments at the end of June, according to S&P. Its latest transaction was the $4 billion purchase of shopping and rewards platform Honey Science, which closed in January.

Still, tech companies aren't making aggressive plays yet in this recession like they did during the credit crisis. "Executive focus is on Covid-19 and managing through Covid-19," said Adam Haller, a partner at Bain. "So finding the executive bandwidth and mind share to focus on acquisitions is a big part of why you're not seeing M&A happen in tech right now."

Also, tech companies are under more regulatory scrutiny, said Daniel Ives, an analyst at financial-services firm Wedbush Securities Inc. Companies in other sectors could move into acquisition mode in the coming quarters amid rising cash balances, he said.

FleetCor Technologies Inc., an Atlanta-based payment-solutions company, is searching for potential acquisition targets following four deals in 2019, said Steve Greene, executive vice president for corporate development and strategy. "As the economic picture becomes a little more certain, we are again starting to look at big deals," Mr. Greene said, adding the company would spend about $3 billion or more on such a transaction and likely would use a combination of cash and debt to fund a deal. FleetCor had about $1.1 billion in cash on its balance sheet as of March 31, the latest available figure.

As part of its due diligence, FleetCor is scrutinizing the ability of potential acquisitions to recover from the pandemic, Mr. Greene said. "We want to see the trajectory and whether companies will make it back to their pre-Covid levels," he said.

Mark Maurer contributed to this article.

Write to Nina Trentmann at nina.trentmann@wsj.com and Kristin Broughton at kristin.broughton@wsj.com 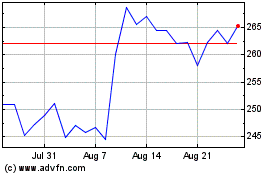 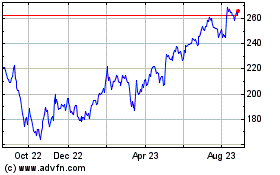 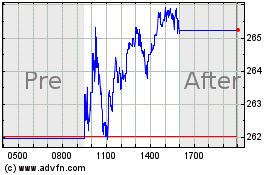