Under project "PEAR," or Personal Electric Automotive Revolution, Fisker and Foxconn plan to jointly develop the new vehicle. The "breakthrough new segment vehicle" will be sold under the Fisker brand in markets including North America, Europe, China, and India, the companies said.

"Project PEAR will enter the market with a starting price of less than $30,000, before incentives," the companies said.

"Following an extensive review of potential U.S. manufacturing sites, the two companies will expedite a manufacturing plan capable of supporting the projected Q4 2023 start of production," the companies said. They added "Fisker intends to start production in Europe on its first vehicle, the Ocean electric SUV, in Q4 2022 and will unveil a production-intent prototype of the vehicle at the Los Angeles Auto Show later this year. Project PEAR will be the company's second production model."

The companies also said other global manufacturing sites are under study for future production, supporting projected annual volumes of more than 250,000 units across multiple sites.

The companies established a co-located program management office between the U.S. and Taiwan to coordinate design, engineering, purchasing, and manufacturing operations. 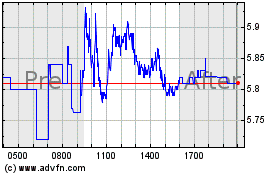