Activist investor Starboard Value LP has taken a stake in Elanco Animal Health Inc. and nominated three directors to the company's board, according to people familiar with the matter.

Elanco, which makes vaccines and treatments for pets and livestock, has a market value of about $15 billion. The exact size of Starboard's stake -- and specifically what the fund intends to advocate at Elanco -- couldn't be learned, though it tends to make sizable investments in companies it targets.

Starboard would be the second activist to apply pressure to Elanco recently: The company was targeted last year by Sachem Head Capital Management, which owns a roughly 5.9% stake. The hedge fund's founder, Scott Ferguson, now sits on Elanco's 13-person board, having gained the seat as part of a December settlement that also added another director and expanded the mandate of a board committee to include improving margins.

Greenfield, Ind.-based Elanco was a division of Eli Lilly & Co. until the drugmaker spun it out in an initial public offering in 2018. Less than a year later, Elanco struck a deal to buy Bayer AG's animal health business for over $7 billion. The company has said the deal, which closed last year, will double its pet business and strengthen its presence in emerging markets and in the cattle business.

The company's shares have recovered since dropping along with the rest of the market in the early days of the coronavirus pandemic, but are trading below where they debuted in September 2018.

In January, Elanco said it would eliminate 350 positions and close a handful of research-and-development sites to reap cost savings following the merger. When reporting fourth-quarter earnings last month, the company increased its 2021 guidance to revenue of between $4.55 billion and $4.63 billion and adjusted per-share earnings of 90 cents to $1.

The deadline to nominate directors at Elanco was Feb. 20. If Starboard and Elanco fail to reach a settlement agreement, Elanco shareholders would vote on the potential directors at the company's annual meeting this spring.

Activist investors laid low in 2020 as Covid-19 upended business as usual and brought more volatility to the markets. But they appear to be back in full force this proxy season, striking settlements or pursuing proxy fights at companies including Bausch Health Cos., Exxon Mobil Corp. and Kohl's Corp. Starboard, typically one of the busiest activists, late last year nominated directors at agricultural giant Corteva Inc. 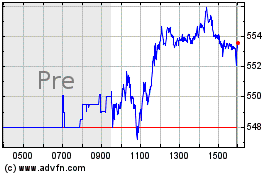