Eli Lilly & Co. reported lower-than-expected quarterly earnings due to pricing pressure on top products, while the drugmaker said it would proceed with plans to introduce a new Covid-19 antibody treatment despite a setback in one of several clinical studies of its uses.

The Indianapolis-based company said it would continue pursuing U.S. authorization for an antibody drug to treat Covid-19 patients in the early course of illness and with a mild to moderate version of the disease. That comes after the National Institute of Allergy and Infectious Diseases said late Monday that it would close a study of that drug, named LY-CoV555, being testing in combination with other treatments. The institute concluded the antibody drug didn't provide a clinical benefit to hospitalized patients.

Eli Lilly Chief Executive David Ricks said Tuesday that the halted study doesn't signal significant concerns for LY-CoV555's safety. "We've learned antibodies are more likely to work early in the disease and are less likely to be effective in later stages of the disease," he said in an interview after the company reported its third-quarter results.

A separate study had shown that the antibody drug reduced hospitalization rates in people with mild to moderate Covid-19, and this is the basis for Lilly's request for U.S. regulators to authorize its use. Eli Lilly plans to continue testing the drug in other studies, in patients early in the course of their disease, and in people at risk of infection including staff and residents at nursing homes.

Lilly shares dropped 5.6% to $133.73 in recent trading Tuesday, which analysts attributed to investor disappointment in the antibody study as well as third-quarter results that missed expectations. The company lowered its profit guidance for 2020, though it projected continued recovery in the health-care sector despite the continuing pandemic.

The company said it expects new prescriptions for patients to continue to recover in the U.S. Company executives also expect general health-care activity to accelerate following a slump earlier in the pandemic as providers shift to telehealth.

The study that the NIAID halted was testing whether adding LY-CoV555 to standard treatment -- including the antiviral drug remdesivir -- would improve outcomes in hospitalized Covid-19 patients versus standard treatment alone. The study was designed to isolate the effect of the Lilly antibody.

Enrollment in the study of the drug combination had been paused earlier this month over a potential safety concern stemming from a difference in the clinical status between Covid-19 patients who received the Lilly drug and those who got a placebo. An independent board overseeing the trial that identified the disparity later said it found no significant differences in safety outcomes between those two sets of patients. The board instead decided to recommend that no more trial participants be given the Lilly drug because of "lack of clinical benefit" in hospitalized patients, according to the NIAID.

The company Tuesday reported a third-quarter profit decline to $1.21 billion, or $1.33 a share, from $1.25 billion, or $1.37 a share, in the same three-month period a year earlier. On an adjusted basis excluding certain items, Eli Lilly's profit was $1.54 a share. Analysts polled by FactSet had forecast an adjusted profit of $1.71 a share.

The revenue shortfall came primarily from lower-than-expected sales of Lilly's top drug, the diabetes treatment Trulicity. Lilly said that although it made modest list-price increases in the U.S., it had lower realized prices due to changes in its estimates of rebates and discounts for the drug. As a result, sales growth was lower than prescription volume growth.

--Matt Grossman contributed to this article. 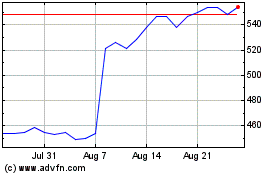 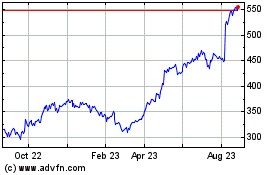 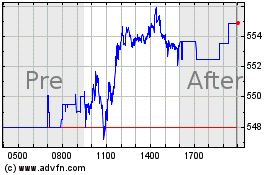