If investors had to sum up utility stocks in a word, many would probably say "predictable."

Known for having above-average dividends and stable earnings in all kinds of markets, these investments tend to attract investors seeking to play defense rather than pursue growth.

But some money managers say the sector could become less predictable in coming years, maybe even a little exciting. The global focus on climate change is shaking up the industry, they say, and the U.S. presidential election could shake it up even more.

So far this year, utility stocks have lagged behind the broader market, hurt by a sharp drop in electricity demand in the first half of 2020 amid the coronavirus lockdowns. While the S&P 500 has returned around 8.25% year to date, the utility stocks in the index have fallen almost 1%. The S&P utilities sector had risen 33.7% from year end 2018 to the 2020 high set on Feb. 18.

Some investors say utility shares are still too expensive, but others say the industry is in the midst of a transition that could give utiity shares a boost.

Utilities, they say, are pouring billions of dollars into new plants to generate electricity from renewable sources such as wind and sunlight -- and preparing for new demand as the nation's auto and truck fleets shift from running on petroleum products to clean electricity. The move toward renewable power could accelerate if Joe Biden wins the U.S. presidential election in November, analysts say, as the Democratic nominee has proposed extending tax credits to promote the adoption of green technologies.

The result, some of the sector's fans say, is that savings on fuel could enable utilities to boost profits and remain solid dividend payers, even as consumers are spared major increases in electric bills.

"Investors have to think about utilities differently," says Rob Thummel, senior portfolio manager at Tortoise Capital, which runs a series of energy portfolios, including the $9.1 million mutual fund Tortoise Energy Evolution Fund (TOPTX). "There's more potential for growth than there has been."

U.S. utilities are on course to build 100,000 megawatts of new wind and solar-powered electricity plants over the next 15 years, enough to replace almost 10% of all of the power produced today, according to S&P Global Market Intelligence.

The expanding roster of power companies vowing to reduce carbon emissions includes Minneapolis-based Xcel Energy, a leader in building wind power plants. Xcel has promised to cut carbon emissions 80% by 2030 and to be carbon-free by 2050. American Electric Power, the Columbus, Ohio-based utility that delivers power to customers in 11 states, has pledged an 80% reduction by 2050, and Edison International, the parent of Southern California Edison, vows to do the same by 2030.

The shift to renewable power in the U.S. would likely speed up if Mr. Biden wins, analysts say. He has pledged to rejoin the Paris Climate Accord as part of a broader $1.7 trillion plan to combat climate change and promised to make electricity carbon-neutral by 2035. In 2017, President Trump withdrew the U.S. from the Paris accord, which calls on the U.S. to commit to reducing greenhouse-gas emission 26% to 28% from 2005 levels by 2025.

"We have an underweight recommendation on the sector based on fundamental forecasts and price momentum, but that could change with a Biden-Harris victory," says CFRA Research investment strategist Sam Stovall.

Others, however, believe utility stocks are still too expensive. Who is right depends on which metric you look at, says Morningstar utility analyst Travis Miller.

On a price-to-earnings basis, they are expensive. The S&P utility sector was recently trading at about 19 times this year's earnings and 18 times 2021 estimates, compared with 25 times and 20 times for the S&P 500.

But utilities traditionally trade at a discount because of their lower growth rate, which for many investors is offset by their relatively high dividends. Top dividend-paying utilities like Duke Energy, for example, may offer yields above 4%.

If you compare dividend yields in the utility sector to interest rates on investments like bonds, they are historically cheap, Mr. Miller says.

The industry's biggest challenge will be boosting growth, even if going green helps profit margins, says Ethan Zindler, head of Americas research at Bloomberg NEF. Along with switching to renewable power, the big push on climate has been to make buildings and manufacturing more energy-efficient -- which has pushed electricity usage in the U.S. below 2008 levels, with a sharp drop expected as figures come in for 2020, thanks to the lockdowns, he says.

"The demand numbers haven't fluctuated that much, but more stuff gets built because it is getting cheaper," Mr. Zindler says. "If I had to pick a threat to utilities, it's not overinvestment, it's that demand for the product is not growing."

It all comes down to whether investors, who were used to holding utilities as a no-fuss investment, will be willing to stick with them as they continue to go through wrenching change. And whether utilities, which have been adding renewables rapidly for a decade, can continue to offset the capital costs of new plants with fuel savings, which so far has led to electricity prices for most rate payers declining in inflation-adjusted dollars, according to Labor Department data.

"This transition should translate into earnings and dividend growth," Mr. Miller says. "The key is to get customers on board with any one-time costs that may spring up."

Mr. Mullaney is a writer in Maplewood, N.J. He can be reached at reports@wsj.com. 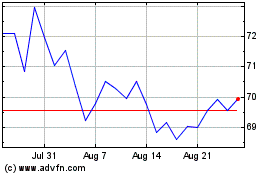 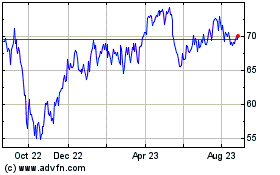 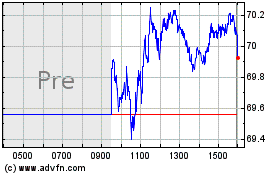