NOTE: Schedules filed in paper format shall include a signed original and five copies of the schedule, including all exhibits. See Rule 13d-7 for other parties to whom copies are to be sent.

This Amendment is being filed on behalf of the reporting persons identified on the cover pages of this Amendment. Capitalized terms used in this Amendment and not otherwise defined shall have the same meanings ascribed to them in the Original Schedule 13D.

This Amendment amends and restates Item 2 of the Original Schedule 13D in its entirety as set forth below:

Other than as set forth on Schedule B attached hereto, during the last five years, to the best of the Reporting Person’s knowledge, no person named on Schedule A, Schedule B or Schedule C attached hereto, has been (a) convicted in a criminal proceeding (excluding traffic violations or similar misdemeanors) or (b) a party to civil proceeding of a judicial or administrative body of competent jurisdiction and as a result of such proceeding was or is subject to a judgment, decree or final order enjoining future violations of, or prohibiting or mandating activities subject to, federal or state securities laws or finding any violation with respect to such laws.

On January 30, 2022, Earthstone entered into a securities purchase agreement (the “Earthstone SPA”) with EnCap Fund XI, an affiliate of EnCap Investments, and Cypress Investments, LLC, a fund managed by Post Oak Energy Capital, LP (“Post Oak”), to sell, in a private placement (the “Private Placement”), 280,000 shares of newly authorized Series A Convertible Preferred Stock, $0.001 par value per share (the “Preferred Stock”), each share of which will be convertible into 90.0900900900901 shares of Class A Common Stock for anticipated gross proceeds of $280.0 million, at a price of $1,000.00 per share of Preferred Stock (or $11.10 per share of Class A Common Stock on an as-converted basis). On April 14, 2022, immediately following the consummation of the transactions contemplated by that certain Purchase and Sale Agreement, dated as of January 30, 2022, by and among Bighorn Asset Company, LLC, EEH and Earthstone (the “Bighorn Acquisition”), the Private Placement was consummated in accordance with the terms of the Earthstone SPA, and, in connection therewith, Earthstone sold and issued 220,000 shares of Preferred Stock to EnCap Fund XI for an aggregate purchase price of $220.0 million.

In connection with the closing of the Earthstone SPA, Warburg, EnCap Investments, Post Oak and Earthstone entered into a Voting Agreement (the “Post Oak Voting Agreement”), dated as of April 14, 2022, containing provisions by which Post Oak has the right to nominate one director to the Board so long as Post Oak and its affiliates, in the aggregate, own 5.5% of the outstanding shares of Common Stock. Post Oak nominated Frost W. Cochran pursuant to the Post Oak Voting Agreement, and the Board appointed Mr. Cochran as Class II director to hold officer until Earthstone’s the 2023 annual meeting of its stockholders and the election of his successor.

The foregoing description of the Post Oak SPA does not purport to be complete and is qualified in its entirety by the actual Post Oak SPA, a copy of which is filed as Exhibit 10.11 to the Ninth Schedule 13D and incorporated herein by reference.

This Amendment amends Item 4 of the Original Schedule 13D to include the following after the final paragraph:

Earthstone will be required to redeem all of the outstanding shares of Preferred Stock if the Preferred Stock has not been converted into Class A Common Stock on or before November 22, 2025.

Except as expressly required by law, the holders of Preferred Stock have no voting rights, including the right to elect directors, and their consent is not required for taking corporate action.

This Amendment amends and restates Item 5 of the Original Schedule 13D in its entirety as set forth below:

(a) The aggregate number and percentage of Class A Common Stock beneficially owned by each Reporting Person is set forth in Items 7, 8, 9, 10, 11 and 13 of the cover pages to this Schedule 13D relating to such Reporting Person and is incorporated by reference herein. The Reporting Persons, Post Oak and the Warburg Entities comprise a group within the meaning of Section 13(d)(3) of the Securities Exchange Act of 1934, as amended (the “Exchange Act”). See Item 2 above.

Each of Warburg and Post Oak has filed, or from time to time may file, separate statements of beneficial ownership on Schedule 13D pursuant to Rule 13d-1(k)(2) under the Act containing information required of Warburg or Post Oak, as applicable, with respect to the voting agreements described in this Item 5 or related matters. The Reporting Persons assume no responsibility for the information contained in any filings by any other person, including Warburg and Post Oak.

(c) Except as set forth in this Schedule 13D, none of the Reporting Persons or, to their knowledge, any of its directors, executive officers or other control persons named on Schedule A, Schedule B or Schedule C, attached hereto, has effected any transaction in the shares of Class A Common Stock during the past 60 days.

(d) No person other than the Reporting Persons have the right to receive or the power to direct the receipt of dividends from, or the proceeds from the sale of, the shares of Class A Common Stock reported on this Schedule 13D.

(e) On April 14, 2022, EnCap Fund VII ceased to be the beneficial owner of more than five percent of the Class A Common Stock.

This Amendment amends and restates Item 7 of the Original Schedule 13D in its entirety as set forth below:

The name, business address, present principal occupation or employment and the name, principal business and address of any corporation or other organization in which such employment is conducted, of each of the general partner and other control persons of Bold are set forth below:

CONTROL PERSONS OF THE ENCAP FUNDS

The name, business address, present principal occupation or employment and the name, principal business and address of any corporation or other organization in which such employment is conducted, of each of the general partner and other control persons of the EnCap Funds are set forth below:

On July 10, 2018, EnCap Investments L.P. (“EnCap”) entered into a settlement with the Securities and Exchange Commission (“SEC”) under which EnCap consented to the entry of an order (the “Order”) that finds that EnCap violated Section 206(4) under the Investment Advisers Act of 1940 (the “Advisers Act”) and Rule 206(4)-5 thereunder. Solely for the purpose of settling these proceedings, EnCap admitted to the SEC’s jurisdiction, the subject matter of these proceedings and consented to the Order. The Order required EnCap to cease and desist from committing or causing any violations and any future violations of Section 206(4) of the Advisers Act and Rule 206(4)-5 thereunder, to be censured and to pay a civil monetary penalty in the amount of $500,000 to the SEC.

The name, business address, present principal occupation or employment and the name, principal business and address of any corporation or other organization in which such employment is conducted, of each of the general partner and other control persons of EnCap Partners GP are set forth below. Except as indicated below, all members of the Board of Managers of EnCap Partners GP listed below are citizens of the United States. 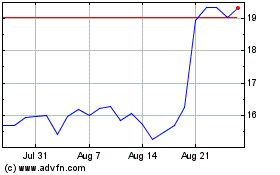 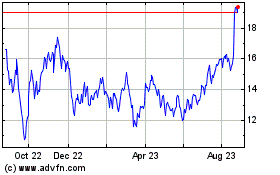 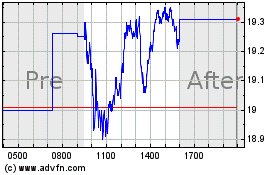