Duke Energy Florida reached an agreement with consumer representatives and business groups that would include investments in grid modernization and electric-vehicle charging stations.

The agreement--subject to approval by the Florida Public Service Commission--includes investments to modernize the electric grid and improve reliability, offers new electric-vehicle charging-station programs, and supports pilot programs for technology such as microgrids and floating solar pilot projects.

The agreement would take effect in January 2022 and would include base rate investments of about $5 billion over the next three years. 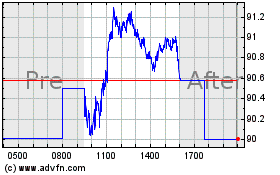