Applebee's is ringing up hundreds of thousands of dollars in new sales a week for wings made in the chain's kitchens. But the Cheetos-coated chicken isn't sold in its actual restaurants or directly under its name.

The new dish made by Applebee's cooks is only offered for online delivery nationwide through Uber Eats and under the brand Cosmic Wings. The wings, developed with PepsiCo Inc.'s Frito-Lay division, are aimed at younger consumers who want late-night food that sounds cool, executives from the casual-dining chain said.

So-called virtual brands have mushroomed on food-delivery apps during the Covid-19 pandemic. Uber Technologies Inc.'s Eats division said it has more than 10,000 brands on its U.S. platform, up from more than 3,000 at the start of 2019 -- most of them run by existing restaurants. DoorDash Inc. said it has added many online-only brands in the past year. Casual-dining chains have used them to try to attract new customers less interested in their vintage parent brands.

"To make an impression, you have to be original and fresh," said John Peyton, chief executive officer of Applebee's parent, Dine Brands Global Inc. Cosmic Wings has done better than another online-only wings brand tested by Applebee's Neighborhood Grill & Bar under its own name, he said.

Local sandwich shops, major chains and Michelin-starred chefs are cooking up online-only brands from their kitchens, tapping existing staff, equipment and food to broaden delivery options as the health crisis brought a year of restrictions to their dining rooms. The virtual brands also provide a low-cost way for restaurants to try to boost sales without building new spaces.

Chili's parent Brinker International Inc. started It's Just Wings during the pandemic and expects $150 million in annual sales of dishes such as fried Oreos through its virtual brand. Younger male gamers have particularly taken to the wings delivery, executives said. Red Robin Gourmet Burgers Inc. is also slinging chicken with virtual brands, including Chicken Sammy's and the Wing Dept. Outback Steakhouse parent Bloomin' Brands Inc. said it expects its Tender Shack online-only chicken brand to do $75 million in annual sales as it rolls out nationally.

Virtual brands are distinct from so-called ghost, or cloud, kitchens, which are commercial spaces rented specifically to fulfill delivery orders. Some restaurants are joining with ghost kitchen operators to expand their online-only brands.

Virtual brands and ghost kitchens could account for 6% to 8% of global food and drink spending by 2030, or $1 trillion in sales, said Euromonitor analyst Michael Schaefer, who initiated coverage of the sector for the market research firm about a year ago. Growth will depend on delivery getting cheaper and faster, neither of which is certain, Mr. Schaefer said.

Delivery apps such as Uber Eats and DoorDash are crunching search data to act as consultants, advising restaurants on what food is in demand in different neighborhoods to create virtual brands that address gaps in specific markets.

For example, scores of people in a certain neighborhood might be searching Uber Eats for more breakfast options, such as avocado toast, but walk away empty-handed, said Kristin Patterson, Uber Eats' head of enterprise sales in the U.S. Eats consults restaurants on the kinds of foods people are eating, what time they are eating and who is eating -- whether it's large groups or individuals, she said.

DoorDash also advises restaurants on the kinds of foods that are popular and whether their ideas are "overlapping or cannibalizing with existing merchants," said Ashlee Tran, the company's merchant strategy and operations director.

As the health crisis abates, restaurants are trying to figure out how much their to-go investments will stick -- drive-throughs, tech-enabled pickup services and delivery have boomed during the pandemic. Many restaurants say they can balance cooking online-only menus even after dining rooms reopen.

Some have designed online menus around less popular items or side dishes on their in-store menus, which means staff use different parts of the kitchen to make them. Others have designed meals in a way that they drive business during parts of the day that are slower for in-store traffic.

Mr. Mina said he plans to continue experimenting with delivery after his dining rooms reopen, though he won't go too far afield. "We probably wouldn't revamp the kitchen at Pabu to do pizza," he said. "But cooking burgers on a grill, that works."

It can be tricky for a well-known brand to cast a wider net under a different name. Casual-dining chains say they are being transparent that the food is made in their kitchens, but customers don't always know.

Kim Kelley, a 43-year-old marketing worker from St. Louis, ordered $34 in burgers and shakes from the Burger Den virtual brand earlier this month. She was surprised to learn later that her food was made at Denny's Corp. instead of a local restaurant.

"I feel like they were being a tad deceitful," Ms. Kelly said. "If I'm going to waste $10 on delivery and service fees, I may as well keep it local."

Denny's has sought to clearly highlight the connection between the chain at its virtual brands, the Meltdown and the Burger Den, while also giving them their own identities, said John Dillon, the company's chief brand officer.

Some restaurateurs and industry analysts worry about the ease of throwing up online-only brands, saying it is eroding what makes restaurants special.

André Vener, co-founder of California-based Dog Haus, said he learned that restaurants need to market their virtual brands as much as a physical location after his first attempt didn't generate expected sales. Following an online marketing blitz, his company's next virtual brand helped sales to rise fourfold at the restaurant hosting it, he said.

Some virtual brands are doing so well that their creators are reverse-engineering a physical footprint. Brinker is now doing It's Just Wings online order pickup at its restaurants.

"At some point people want to know the DNA of your brand," he said.

Write to Heather Haddon at heather.haddon@wsj.com and Preetika Rana at preetika.rana@wsj.com 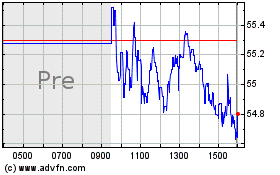