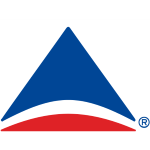 Big consumer brands like Coca-Cola Co. and Delta Air Lines Inc. for years have positioned themselves as forces for promoting what they see as social good -- an approach they displayed last summer after the death of George Floyd.

Coca-Cola turned off its Times Square billboard for a day. Delta flew Mr. Floyd's body to his family in Houston. The Atlanta-based companies were among the scores of big corporations around the country that pledged an array of money and initiatives toward racial justice amid the upheaval that Mr. Floyd's death while in police custody unleashed.

Now, business leaders are facing new pressures from progressive activists to prove that those commitments were more than just talk. As activists press companies to condemn new voting legislation, CEOs are again finding themselves walking a difficult line on emotional, political issues, risking blowback from all sides.

CEOs "put themselves on this path" by engaging on social issues in response to their employees and partly as a form of marketing, says Harris Diamond, former chief executive of ad giant McCann Worldgroup. "Once you open up that door, you have to live by it."

The recent contentious fight over a Republican-led voting law in Georgia has illustrated the challenges. Civil-rights activists pressured Delta and Coca-Cola to take public stands against the law, which the groups have called restrictive and racist. Some of the companies' own employees echoed those concerns.

After an initially muted public response, CEOs at both companies, which said they had been lobbying lawmakers behind the scenes, ultimately spoke out against the law.

In the end, their statements came too late to please many activists on the left and angered many on the right. Georgia House members voted to revoke a tax break for Delta, though the effort didn't go farther before the legislature adjourned last week. Senate Minority Leader Mitch McConnell accused big businesses of "behaving like a woke parallel government," and threatened " serious consequences" for companies, though he later tempered his stance. The companies found themselves in the strange position of facing boycott calls from critics on both sides.

"You're walking a very treacherous line when you get involved in highly charged, emotional, political issues," said Ken Langone, the billionaire co-founder of Home Depot Inc., another Atlanta company. Though Home Depot issued a statement in support of access to voting, it hasn't experienced the same backlash that Delta and Coca-Cola have. Mr. Langone, now retired, praised the company's approach and said its statement simply outlined what it has done to encourage voter registration, without political rhetoric.

"Keep in mind: If America is about as evenly divided as it appears it is, you're going to piss off one side or the other side with your customers, and they're about equal," Mr. Langone said.

The pressure on companies in recent years has largely come from groups on the left and has focused on issues such as racial justice, LGBT rights and the environment. Because many big multinational companies have tended to align themselves with liberal causes, progressive activists have been able to leverage the companies' past statements in pressing them to take further stands on these issues.

Lawmakers and advocacy groups on the right have also called for consumer boycotts against companies -- former President Donald Trump last week urged supporters to boycott Delta, Coca-Cola and other companies that spoke out against the Georgia voting law, and has previously called on supporters to boycott companies like Goodyear and Macy's. But boycotts, which rely on consumers to change their habits, haven't always been effective.

The Georgia disputes have set the stage for more corporate clashes with legislators in Texas, Arkansas and other states. Texas legislators are considering their own bill that would affect voting rules -- something corporate leaders including Merck & Co. CEO Kenneth Frazier and Dell Technologies founder Michael Dell, whose company is based in Texas, have said they oppose.

Earlier this week, the Arkansas legislature overrode the governor's veto to make the state the first to outlaw gender-transition treatment for children. Companies including Mars Inc., Nestlé USA and Unilever PLC, whose brands range from Dove soap to Hellmann's mayonnaise, publicly decried the legislation, along with bills in other state legislatures that they said discriminated against the LGBT community.

To anticipate such political flashpoints, many corporate leaders say they have developed informal networks of executives, counseling each other on when and how to respond to contentious social issues. Bill George, former chairman and CEO of Medtronic PLC and now a senior fellow at Harvard Business School, said he coaches new CEOs in such sessions, running them through scenarios and questions in which they have to rattle off, point blank, their policies on such issues as combating climate change and promoting racial justice.

"It's a new world, and you have to have a new type of CEO," he said, adding that in the past, most CEOs just wanted to run a profitable business. "If you look at the typical CEO's preparation, there's nothing in their background that prepares them for these types of activities."

Even staying quiet carries its own risks for companies. Michael Leven, a former president of Las Vegas Sands Corp. who has also led several Georgia companies and organizations, said that for Delta and Coca-Cola, waiting to speak out against the Georgia law was a mistake. "That's the worst thing that could possibly happen, because then you're looking at being reactive as opposed to proactive," he said. "Coming out after the protests shows an enormous weakness."

According to a 2020 survey of 8,000 consumers by public-relations giant Edelman, about 63% said they choose, switch to, avoid, or boycott a brand based on its stand on social issues. And in a more recent Edelman poll of 33,000 consumers, 86% said they expect CEOs to publicly speak out on social issues, while 68% said companies should step in when the government fails to fix social ills.

Another increasingly vocal constituency: companies' employees. Mr. George said the position of employees at many companies with younger workforces is, "I'm not sure I want to work here unless you have a stance on this."

Some business leaders say they have avoided taking political stands because their workforces have diverse points of view. Jim McCann, founder and chairman of 1-800-Flowers.com Inc., said his company is wary of speaking out on such issues because it has workers in 40 states who span the political spectrum.

"I don't think we have any particular right or permission to impose our point of view on our team or to suppose that our point of view is how all our team members feel," said Mr. McCann, who was CEO until 2016. He said the company promotes respectful discourse.

Some Delta employees were among those who voiced frustration with the company's initial response to the Georgia voting law. In a video message released to employees early last week, Chief Executive Ed Bastian acknowledged the internal feedback: "I know many of you are disappointed, frustrated and angry that we did not take a stronger public stand against specific measures in the bill," he said. He said Delta had worked behind the scenes to lobby lawmakers, and that if it had publicly denounced the bill too early, it would have cost the company political influence: "We would have lost a seat at the table," he said.

Companies pushed to remove initial provisions proposed in the legislation that ultimately were not included, including the elimination of early Sunday voting, according to people familiar with their lobbying. They opted not to fight a ban on non-poll workers handing out food or water within a certain distance from voting lines, since poll workers can still give away water and the companies felt they had limited political capital to spend.

Still, the law as passed was denounced by activists and many Democrats, who say it will disproportionately affect Black voters. President Biden last week described the law as "Jim Crow in the 21st century." Republican legislators in Georgia have said that this rhetoric is hyperbolic and that the new rules were needed, in part to assure the public that voting is fair and to ease concerns there might have been fraud this past election season. No court or legislative body has found evidence of widespread voter fraud.

Some Black business leaders have been vocal in opposing the Georgia voting law. Ursula Burns, the former CEO of Xerox Holdings Corp. and a board member at Uber Technologies Inc., Nestlé SA and Exxon Mobil Corp., was among 72 Black executives to sign an open letter protesting the law and calling for companies to oppose similar legislation. She said she understood the delicate calculus and potential repercussions business leaders must weigh in taking a position on such a politically charged issue. "It's not normal or habitual for them," she said.

Still, she added: "I literally wouldn't have been able to go to sleep and wake up the next day and feel comfortable I do business in a state that literally says to a person who looks like me, 'I'm going to make it as hard as I legally can to make it for you to be able to vote.' "

As CEO Doug Parker and other executives at Fort Worth-based American Airlines Group Inc. watched the fallout mount in Georgia, they began to hear from employees about the issue, and considered what to do about proposed legislation in the Texas Senate, according to people familiar with the company's deliberations.

The airline's leadership team expected that speaking out on voting restrictions in Texas could alienate many state officials and consumers, but felt it needed to speak given its large size and diverse workforce and customer base, the people said. Executives ran the final statement by an internal diversity and inclusion group for additional guidance, according to the people familiar with American's deliberations.

Hours after the Texas Senate passed its voting bill, which is expected to be debated soon by the state's House of Representatives, American said it was "strongly opposed to this bill and others like it."

Texas Lt. Gov. Dan Patrick struck back against the criticism during a news conference.

"Senate Bill 7 is about voter security, not voter suppression, and I'm tired of the lies and the nest of liars that continue to repeat them," Mr. Patrick said. "Let me tell you what, Mr. American Airlines, I take it personally....You are in essence, between the lines, calling us racists and that will not stand." He accused the airline's leaders of not reading the bill.

"Of course we read the bill," an American spokeswoman said.

"It really is hard to take a middle ground. One, the world won't let you, and two, it doesn't really serve anyone trying to cater to both sides," said an American senior executive.

--Te-Ping Chen and Emily Glazer contributed to this article. 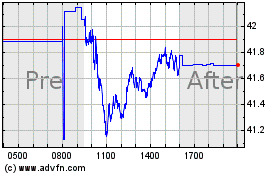