On March 11, insurance company Chubb offered to buy Hartford in a roughly $23 billion transaction. After its board discussed the proposal, Hartford rejected the offer before the end of the month.

In an interview Thursday, Hartford Chief Executive Christopher Swift said he received a quick head's up from Chubb that an offer was coming. But there were no dinner meetings or other advance conversations about the potential pairing of two of the nation's best-known property-casualty insurers.

He said the March offer was an impersonal start to what are now three proposals from Chubb to acquire Hartford. Each one has been evaluated and unanimously rejected by the insurer's board.

"He wrote us three letters," Mr. Swift said of Chubb's chief executive, Evan Greenberg. "He didn't ask to sit down with me ahead of time. He didn't ask to meet. He gave me a head's up one afternoon he was sending a letter."

As for the proposals: "They just showed up in my email," and the two companies "corresponded from there," Mr. Swift said.

Early Thursday, Hartford Financial filed with the Securities and Exchange Commission copies of Chubb's second and third proposals, along with its first-quarter earnings report. Chubb's third proposal took the deal price up to $70 a share in a cash-and-stock deal, from $65 a share in cash as initially proposed. The proposal letter, dated April 14, said the $70 share price was "the top end of our range."

The disclosures came as Hartford also said it would boost its share-buyback program. Mr. Swift said the buybacks reflect increased confidence that the worst of the coronavirus pandemic is behind the U.S. economy thanks to vaccines, improved medical treatments and other developments.

Chubb said in a statement Thursday that Hartford "has chosen not to engage in response to any of our proposals. The path to a transaction would have been engagement coming from The Hartford on the terms of our last proposal."

Chubb didn't have immediate comment on Mr. Swift's description of the deal process.

A transaction would have been one of the biggest-ever deals in the U.S. property-casualty insurance industry. In 2016, Mr. Greenberg merged a business insurer, ACE Ltd., with the personal-property and business insurer Chubb, and kept the better-known name, in an approximately $30 billion transaction.

Hartford's shares were down nearly 1% to $66.82 in early-afternoon trading Thursday. The shares had traded below $60 when the first Chubb approach was made.

Mr. Swift said in the interview that the Hartford directors' rejection of Chubb's proposals was "a rejection of even contemplating sitting down because of the strength and the conviction they have in our strategic plan. We are moving forward."

He added: "The board knows its fiduciary duty. It had its advisers and lawyers look at everything with a clear eye."

In its first-quarter results, Hartford profit fell 9% to $244 million and "core earnings," which are adjusted to strip out items considered nonrecurring, dropped 58% to $203 million.

Results included the impact of a $650 million settlement with the Boy Scouts of America, $214 million in pretax net catastrophe losses, and $185 million in Covid-19-related excess mortality losses in Hartford's business of selling life insurance and other products for employers' benefits packages.

Hartford is a leading seller of insurance to small businesses in the U.S., which is a franchise Chubb was eager to acquire. Chubb is best known for selling coverage to protect rich people's personal property, as well as complex insurance packages for some of the world's biggest companies.

"We have a strong capital base; we'll buy shares back. We've been undervalued for a while, but I think clearly better days are ahead of us, " Mr. Swift said. 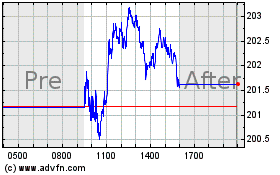