Danaos Corporation (NYSE: DAC), one of the world’s largest independent owners of containerships, is saddened to report the passing of Robert A. Mundell, who served as an invaluable member of Danaos’ Board of Directors from 2006, when the company went public, through 2015.

From 1974 until his recent passing, Mr. Mundell was a professor in the economics department at Columbia University in New York, where he held Columbia’s highest academic rank of University Professor. For much of his career in academia, he was unconventional in his thinking and delighted in stepping “on a lot of intellectual toes.” Known as the “father of the Euro,” Mr. Mundell laid the groundwork for its introduction and also helped to start the movement known as supply-side economics. He received the Nobel Memorial Prize in Economics in 1999 for his pioneering work in monetary dynamics and optimum currency areas. The Nobel committee noted that Mr. Mundell “chose his problems with uncommon – almost prophetic – accuracy in terms of predicting the future development of international monetary arrangements and capital markets.”

Mr. Mundell is survived by his wife Valerie, his children Nicholas, Bill and Robyn and eight grandchildren. The members of Danaos’ management team mourn his passing and extend their most sincere condolences to his family.

Danaos Corporation is one of the largest independent owners of modern, large-size containerships. Our current fleet of 65 containerships aggregating 403,793 TEUs, including five vessels owned by Gemini Shipholdings Corporation, a joint venture, ranks Danaos among the largest containership charter owners in the world based on total TEU capacity. Our fleet is chartered to many of the world's largest liner companies on fixed-rate charters. Our long track record of success is predicated on our efficient and rigorous operational standards and environmental controls. Danaos Corporation's shares trade on the New York Stock Exchange under the symbol "DAC". 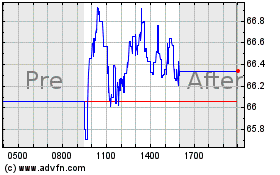