Corporación América Airports S.A. (NYSE: CAAP), (“CAAP” or the “Company”) the largest private sector airport operator based on the number of airports under management reported today its unaudited, consolidated results for the three and nine-month periods ended September 30, 2021. Financial results are expressed in millions of U.S. dollars and are prepared in accordance with International Financial Reporting Standards (IFRS) as issued by the International Accounting Standards Board (“IASB”).

Commenting on the results for the quarter Mr. Martín Eurnekian, CEO of Corporación América Airports, noted, “The initiatives we have been executing since the beginning of the pandemic allowed us to continue delivering a significantly better business and financial performance despite challenging market conditions, while driving value creation.

Traffic continued to recover reaching 10.5 million passengers in 3Q21, a 90% sequential improvement against 2Q21 and 46% of the nearly 23 million passengers that traveled through our airports, in 3Q19. Armenia, Brazil, Ecuador and Italy were the key drivers on the recovery, while Argentina and Uruguay remained heavily impacted by tight government restrictions on international traffic. On a positive note, borders in these two countries fully opened starting November 1st, 2021, on the back of the advanced rollout of the vaccination campaigns, better sanitary conditions and warmer weather as we approach the summer season in LatAm. Cargo activity, in turn, remained strong reaching 82% of pre-pandemic levels.

These positive trends flowed through our financial results, with revenues ex-IFRIC more than doubling year-on-year to nearly $170 million, reaching 55% of 3Q19 levels. The successful cost reduction measures implemented since day one of the pandemic, some of which will have a more permanent character, together with a strict focus on cash preservation, contributed to higher profitability. Comparable Adjusted EBITDA increased to $38 million, a $57 million improvement from the loss reported in 3Q20. Importantly, we achieved positive Adjusted EBITDA across all countries of operations, except Peru.

Over the past two months we have made significant strides in strengthening the Company’s liquidity position and debt profile. Between September and November, in Argentina and Uruguay, we refinanced and exchanged a combined $425 million dollars in existing debt. We have also raised a total of $179 million in new long-term financings between these two countries and maintained financial discipline. The 20-year extension obtained for our Carrasco International airport concession in Uruguay, which also added six regional airports to our network, was an important milestone for us. This extension not only reinforces our leadership position in Uruguay, but it also creates value and supports our long-term growth.

Looking ahead, we expect travel dynamics to continue improving as we head into the summer season in LatAm, supported by lower traffic restrictions and pent-up demand. Airlines have also announced an increase in flights and destinations to serve higher expected tourism activity. We remain vigilant of new virus strains as the situation remains fluid and the recovery is still non-linear. Longer-term, we expect to see sustained traffic growth as the desire to travel remains unchanged.

Finally, we will also endeavor and contribute, through our own initiatives and together with our airline customers, to make air traffic more sustainable.”

(In millions of U.S. dollars, unless otherwise noted)

Net (Loss) / Income Attributable to Owners of the Parent

Note that preliminary passenger traffic figures for Ezeiza Airport, in Argentina, for January 2020 were adjusted to include additional inbound passengers not accounted for in the initial count, for an average of approximately 5% of total passenger traffic at Ezeiza Airport and 1% of total traffic at CAAP, during that period. Importantly, inbound traffic does not affect revenues, as tariffs are applicable on departure passengers.

Starting November 2019, the Company has reclassified its passenger traffic figures for Brasilia Airport between international, domestic and transit retroactively since June 2018 to return to the count methodology utilized until May 2018. Notwithstanding, total traffic figures remain unchanged.

(In millions of U.S. dollars, unless otherwise noted)

Net (Loss) / Income Attributable to Owners of the Parent

Note that preliminary passenger traffic figures for Ezeiza Airport, in Argentina, for January 2020 were adjusted to include additional inbound passengers not accounted for in the initial count, for an average of approximately 5% of total passenger traffic at Ezeiza Airport and 1% of total traffic at CAAP, during that period. Importantly, inbound traffic does not affect revenues, as tariffs are applicable on departure passengers.

Starting November 2019, the Company has reclassified its passenger traffic figures for Brasilia Airport between international, domestic and transit retroactively since June 2018 to return to the count methodology utilized until May 2018. Notwithstanding, total traffic figures remain unchanged.

Update on Action Plan to Mitigate Impact of Covid-19

The Covid-19 pandemic has generated a disruption in the global economy, and in particular, the aviation industry resulting in drastic reductions in passenger traffic. Since March 2020, governments around the world have implemented measures to contain the spread, including the closing of borders and prohibition of travel, domestic lockdowns, mobility restrictions and quarantine measures. The overall situation remains volatile, as governments worldwide adjust travel bans or implement requirements to enter or leave their countries, including quarantines or negative Covid-19 PCR tests, based on the evolution of the sanitary situation.

The Company’s operations have been severely impacted by the prolonged travel restrictions in most countries of operations, as well as flight bans in many other countries worldwide. Compared to the 2019 pre-pandemic corresponding months, total passenger traffic showed a monthly sequential improvement within the quarter, declining 60.4% in July 2021, 52.8% in August, and 47.7% in September. During 3Q21, commercial flights were operated across all CAAP’s countries of operations, although still restricted by government bans to locals and foreigners in some countries, and certain requirements applied. Cargo activity declined 18.7% versus 3Q19.

Since the onset of the pandemic, CAAP has consistently made progress on the implementation of its action plan to mitigate the impact of the crisis, including:

Cost controls and cash preservation measures: The Company achieved a 43% reduction in cash operating costs and expenses in the quarter against 3Q19, compared with YoY reductions of 34%, 43%, 46% and 48% in 2Q21, 1Q21, 4Q20 and 3Q20, respectively. Note this excludes concession fees and construction costs. While CAAP expects to benefit from these reductions in the coming quarters, it also expects to see some increases in payroll and maintenance and other operating costs as traffic recovers.

Financial position and liquidity: As cash preservation is a critical focus, since the beginning of the pandemic the Company has renegotiated a significant portion of its debt maturing in 2020 and 2021 in key markets, renegotiated debt covenants, and secured additional debt financing.

In April 2021, Puerta del Sur, CAAP’s Uruguayan subsidiary, obtained a $10.0 million facility from a local commercial bank, and in May 2021, the Company’s Argentine subsidiary, AA2000, renegotiated a total of $40.0 million in principal payments under a syndicated bank loan, maturing in May, August and November 2021 for an amount of $13.3 million each, deferring those payments to May, August and November 2022. In addition, in July 2021, AA2000 renegotiated $10.0 million in principal payments under a bilateral bank loan originally due in July 2021, now maturing under a new schedule in July, October and December 2022.

Re-equilibrium of the concession agreements:

To obtain the full text of this earnings release and the earnings presentation, please click on the following link: http://investors.corporacionamericaairports.com/Results-Center

Participants can access the replay through November 25, 2021 by dialing:

Use of Non-IFRS Financial Measures

Adjusted EBITDA is defined as income for the period before financial income, financial loss, income tax expense, depreciation and amortization.

Figures ex-IAS 29 result from dividing nominal Argentine pesos for the Argentine Segment, by the average foreign exchange rate of the Argentine Peso against the US dollar in the period. Percentage variations ex-IAS 29 figures compare results as presented in the prior year quarter before IAS 29 came into effect, against ex-IAS 29 results for this quarter as described above. For comparison purposes, the impact of adopting IAS 29 in Aeropuertos Argentina 2000, the Company’s largest subsidiary in Argentina, is presented separately in each of the applicable sections of this earnings release, in a column denominated “IAS 29”. The impact from “Hyperinflation Accounting in Argentina” is described in more detail page 24 of this report.

Construction Service revenue and cost: Investments related to improvements and upgrades to be performed in connection with concession agreements are treated under the intangible asset model established by IFRIC 12. As a result, all expenditures associated with investments required by the concession agreements are treated as revenue generating activities given that they ultimately provide future benefits, and subsequent improvements and upgrades made to the concession are recognized as intangible assets based on the principles of IFRIC 12. The revenue and expense are recognized as profit or loss when the expenditures are performed. The cost for such additions and improvements to concession assets is based on actual costs incurred by CAAP in the execution of the additions or improvements, considering the investment requirements in the concession agreements. Through bidding processes, the Company contracts third parties to carry out such construction or improvement services. The amount of revenues for these services is equal to the amount of costs incurred plus a reasonable margin, which is estimated at an average of 3.0% to 5.0%.

Corporación América Airports acquires, develops and operates airport concessions. The Company is the largest private airport operator in the world based on the number of airports and the tenth largest based on passenger traffic. As of September 30, 2021, the Company operated 52 airports in 7 countries across Latin America and Europe (Argentina, Brazil, Uruguay, Peru, Ecuador, Armenia and Italy). In 2019, Corporación América Airports served 84.2 million passengers. The Company is listed on the New York Stock Exchange where it trades under the ticker “CAAP”. For more information, visit http://investors.corporacionamericaairports.com

Statements relating to our future plans, projections, events or prospects are forward-looking statements within the meaning of the Private Securities Litigation Reform Act of 1995. Forward-looking statements include all statements that are not historical facts and can be identified by terms such as “believes,” “continue,” “could,” “potential,” “remain,” “will,” “would” or similar expressions and the negatives of those terms. Forward-looking statements involve known and unknown risks, uncertainties and other factors that may cause our actual results, performance or achievements to be materially different from any future results, performance or achievements expressed or implied by the forward-looking statements. Many factors could cause our actual activities or results to differ materially from the activities and results anticipated in forward-looking statements, including, but not limited to: the Covid-19 impact, delays or unexpected casualties related to construction under our investment plan and master plans, our ability to generate or obtain the requisite capital to fully develop and operate our airports, general economic, political, demographic and business conditions in the geographic markets we serve, decreases in passenger traffic, changes in the fees we may charge under our concession agreements, inflation, depreciation and devaluation of the AR$, EUR, BRL, UYU, AMD or the PEN against the U.S. dollar, the early termination, revocation or failure to renew or extend any of our concession agreements, the right of the Argentine Government to buy out the AA2000 Concession Agreement, changes in our investment commitments or our ability to meet our obligations thereunder, existing and future governmental regulations, natural disaster-related losses which may not be fully insurable, terrorism in the international markets we serve, epidemics, pandemics and other public health crises and changes in interest rates or foreign exchange rates. The Company encourages you to review the ‘Cautionary Statement’ and the ‘Risk Factor’ sections of our annual report on Form 20-F for the year ended December 31, 2019 and any of CAAP’s other applicable filings with the Securities and Exchange Commission for additional information concerning factors that could cause those differences. 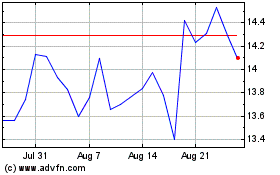 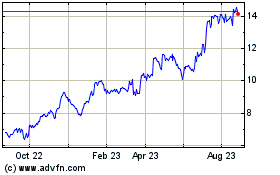 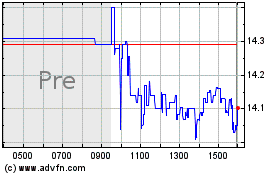