Indicate by check mark if the registrant is submitting the Form 6-K in paper as permitted by Regulation S-T Rule 101(b)(7): [ ]
Indicate by check mark whether the registrant by furnishing the information contained in this Form is also thereby furnishing the information to the Commission pursuant to Rule 12g3-2(b) under the Securities Exchange Act of 1934.
Yes _______ No ___X____
If “Yes” is marked, indicate below the file number assigned to the registrant in connection with Rule 12g3-2(b): Not applicable.

The Notes were offered in a private placement to qualified institutional buyers in accordance with Rule 144A under the Securities Act of 1933, as amended (the “Securities Act”), and outside the United States to non-U.S. persons in accordance with Regulation S under the Securities Act. The Notes are fully and unconditionally guaranteed jointly and severally by Compañía Minera Condesa S.A., Inversiones Colquijirca S.A., Procesadora Industrial Río Seco S.A. and Consorcio Energético Huancavelica S.A.

Leandro Garcia, Buenaventura´s CEO, commented: “Buenaventura intends to use the net proceeds from this offering to prepay the SUNAT claim in full. The transaction will contribute to strengthening the Company´s credit profile, extending maturities, reducing financing costs and freeing up lines of credit. The success of our bond issuance is an important reflection of investors’ confidence in our Company, and in Peru’s economic recovery and future stability.”

Compañía de Minas Buenaventura S.A.A. is Peru’s largest, publicly traded precious and base metals Company and a major holder of mining rights in Peru. The Company is engaged in the exploration, mining development, processing and trade of gold, silver and other base metals via wholly-owned mines and through its participation in joint venture projects. Buenaventura currently operates several mines in Peru (Orcopampa*, Uchucchacua*, Julcani*, Tambomayo*, El Brocal, La Zanja and Coimolache).

For a printed version of the Company’s 2018 Form 20-F, please contact the persons indicated above, or download a PDF format file from the Company’s web site. (*) Operations wholly owned by Buenaventura

This press release may contain forward-looking information (as defined in the U.S. Private Securities Litigation Reform Act of 1995) that involve risks and uncertainties, including those concerning the Company’s, Yanacocha’s and Cerro Verde’s costs and expenses, results of exploration, the continued improving efficiency of operations, prevailing market prices of gold, silver, copper and other metals mined, the success of joint ventures, estimates of future explorations, development and production, subsidiaries’ plans for capital expenditures, estimates of reserves and Peruvian political, economic, social and legal developments. These forward-looking statements reflect the Company’s view with respect to the Company’s, Yanacocha’s and Cerro Verde’s future financial performance. Actual results could differ materially from those projected in the forward-looking statements as a result of a variety of factors discussed elsewhere in this Press Release. 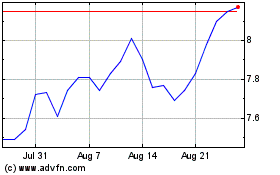 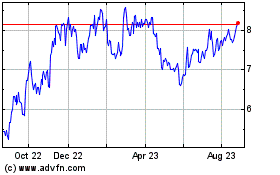 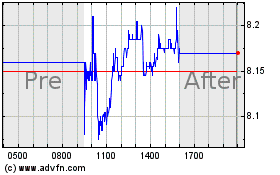