Lenders that received roughly $500 million from Citigroup Inc. last year due to a back-office blunder are allowed to use the money as they see fit, a federal judge ruled Wednesday, unfreezing the funds.

Judge Jesse Furman of the U.S. District Court in Manhattan on Wednesday denied Citi's request to continue to freeze the funds while the bank tries to persuade an appellate court it deserves the money back. The judge had frozen the funds in August while he considered the case.

Citi wanted the freeze to be maintained, saying it feared that even if it won on appeal, it might have difficulty recovering the money once the asset managers distributed it to their clients.

The dispute stems from a mistake in August in which Citi paid off -- with its own money -- a nearly $900 million loan balance owed by Revlon, when only an interest payment was due. When Citi asked for the money back, some of the recipients obliged, returning roughly $385 million.

Others -- including Brigade Capital Management LLC, Symphony Asset Management LLC and HPS Investment Partners LLC -- declined to return more than $500 million, touching off a legal dispute with the bank.

Citi is appealing the judge's February ruling that the lenders could keep the funds they were wired by the bank, the loan agent in charge of collecting and distributing interest payments from Revlon. As the appeal continues, the bank had sought to prohibit the lenders from using the money as they wished.

The lenders "are entitled to use the money without interference" from Citi, the judge said Wednesday.

A Citi spokesman said the bank disagrees with the decision and plans to file a motion with the Second Circuit Court of Appeals to try to ensure that the funds are preserved.

At an April court hearing, Citi lawyer Neal Katyal argued that a continued pause would cause minimal harm to the lenders. He said the early loan repayment was tantamount to a "windfall," partly because the debt didn't come due until 2023 but also because it had been trading at less than 30 cents on the dollar when Citi erroneously repaid it in full.

Robert Loigman, a lawyer for the lenders, said he was pleased with the decision and that he agrees Citi is unlikely to win its appeal. 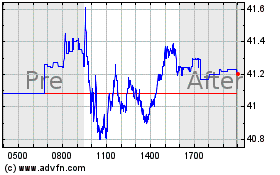