Cinemark Holdings Inc. struck agreements to show films from some of its major Hollywood studio partners, a move aimed at establishing how long movies play in theaters before moving to home video.

Under Cinemark's deal with Universal, movies that gross more than $50 million domestically during their first weekend in theaters will continue to be shown in theaters exclusively for five weekends, or 31 days. After that, while theaters can continue to screen a film, the title would be available concurrently on premium online rental platforms like Apple TV and Amazon Prime Video.

"In our ongoing efforts to maximize attendance and box-office during the pandemic and beyond, our goal is to provide the widest range of content with terms that are in the best long-term interests of Cinemark, our studio partners and moviegoers," Mr. Zoradi said.

Separately, Cinemark on Friday reported a wider first-quarter net loss because of the Covid-19 pandemic. Mr. Zoradi said recovery is on the horizon.

"We are highly optimistic ... on account of a range of factors, including the rapid pace of the vaccine rollout, improving consumer sentiment about returning to movie theaters, recent box-office successes and confirmation of consistent product supply," Mr. Zoradi said.

The Plano, Texas-based company posted a quarterly loss of $208.2 million, compared with a loss of $59.6 million in the year-ago period. Cinemark's revenue fell to $114.4 million from $543.6 million for the period a year ago.

Cinemark said it plans this year to add six new theaters and 72 new screens to its current aggregate count of 5,872 screens.

In the U.S., 98% of Cinemark's theaters have reopened, Mr. Zoradi said. But the pace of recovery has been uneven as Covid-19 cases surge in certain parts of the world. Mr. Zoradi said only half of Cinemark theaters are operating in Latin America due to new government restrictions. 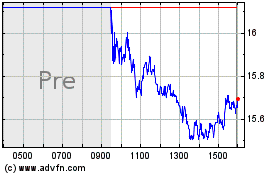