Kenya Airways Ltd. (KAL.NR) said Thursday it reached a "settlement" with Boeing Co. (BA) for the delivery of its delayed 787 aircraft, having last year threatened to ditch the order and consider buying Airbus planes instead.

The airline didn't provide details of the deal, the latest in a line reached with 787 aircraft customers by Boeing. The plane is three years behind schedule and has exposed the manufacturer to millions of dollars in penalties.

Kenya Airways, in which Air France-KLM (AF.PA) has a 26% stake, will receive the first of its nine 787s in the last quarter of 2013, three years after the original delivery date. It also plans to exercise options for four more, with the planes replacing its six Boeing 767-300ERs.

Boeing has said it plans to deliver as many as 20 787s this year, with the first for All Nippon Airways Co. (9202.TO), or ANA, arriving in the third quarter. Media reports had suggested all of the 2011 deliveries would be to Asia-based carriers, including Japan Airlines Corp., China Southern Airlines Co. Ltd. (1055.HK) and Air India.

The company has seen orders for 12 787s cancelled so far this year--including an eight-plane deal from Fiji-based Air Pacific--and last year had a net loss in orders for the aircraft. 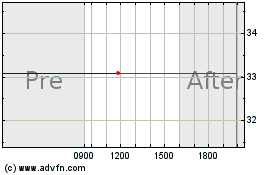