(Exact name of Registrant as specified in charter)

On August 28, 2020, the Company dismissed Raul Carrega, CPA (the “Former Auditor”) as the independent registered public accounting firm of the Company. The decision to dismiss the Former Auditor was approved by the Company’s Board of Directors.

During the fiscal year ended June 30, 2020 and through the date of this Current Report on Form 8-K, there were no reportable events as that term is defined in Item 304(a)(1)(v) of Regulation S-K.

During the two most recent fiscal years and through the Engagement Date, the Company has not consulted with the New Auditor regarding either:

1. application of accounting principles to any specified transaction, either completed or proposed, or the type of audit opinion that might be rendered on the Company’s financial statements, and neither a written report was provided to the Company nor oral advice was provided that the New Auditor concluded was an important factor considered by the Company in reaching a decision as to the accounting, auditing or financial reporting issue; or 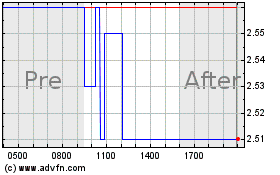