"In the fourth quarter, we posted strong growth with strikingly strong credit results, and we continued to return capital to our shareholders," said Richard D. Fairbank, Founder, Chairman and Chief Executive Officer. "As we enter 2022, we continue to see attractive opportunities to grow and build our franchise."

The company will hold an earnings conference call on January 25, 2022 at 5:00 PM Eastern Time. The conference call will be accessible through live webcast. Interested investors and other individuals can access the webcast via the company's home page (www.capitalone.com). Under "About," choose "Investors" to access the Investor Center and view and/or download the earnings press release, the financial supplement, including a reconciliation of non-GAAP financial measures, and the earnings release presentation. The replay of the webcast will be archived on the company's website through February 8, 2022 at 5:00 PM Eastern Time.

Certain statements in this release may constitute forward-looking statements, which involve a number of risks and uncertainties. Capital One cautions readers that any forward-looking information is not a guarantee of future performance and that actual results could differ materially from those contained in the forward-looking information due to a number of factors, including those listed from time to time in reports that Capital One files with the Securities and Exchange Commission, including, but not limited to, the Annual Report on Form 10-K for the year ended December 31, 2020.

Capital One Financial Corporation (www.capitalone.com) is a financial holding company whose subsidiaries, which include Capital One, N.A., and Capital One Bank (USA), N.A., had $311.0 billion in deposits and $432.4 billion in total assets as of December 31, 2021. Headquartered in McLean, Virginia, Capital One offers a broad spectrum of financial products and services to consumers, small businesses and commercial clients through a variety of channels. Capital One, N.A. has branches located primarily in New York, Louisiana, Texas, Maryland, Virginia, New Jersey and the District of Columbia. A Fortune 500 company, Capital One trades on the New York Stock Exchange under the symbol "COF" and is included in the S&P 100 index.

Capital One Financial (NYSE:COF)
Historical Stock Chart
From Apr 2022 to May 2022 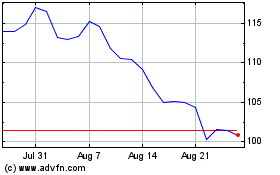 Capital One Financial (NYSE:COF)
Historical Stock Chart
From May 2021 to May 2022 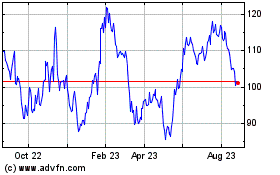 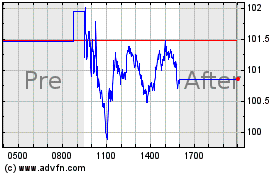