The Credit Facility will be secured by a first-ranking security interest over all assets of CannTrust, subject to certain Permitted Encumbrances and certain excluded assets and, during the pendency of the CCAA Proceedings, a first-ranking super-priority DIP financing charge, subject to some limited exceptions.

Funds advanced under the Credit Facility will be used to fund CannTrust's working capital needs and support the restoration of its operations, so that CannTrust can continue to rebuild stakeholder trust while delivering quality, innovative products to its patients and consumers.

The Company intends to file on www.sedar.com a copy of the definitive Term Sheet relating to the Credit Facility, redacted to omit certain commercially sensitive information that has been sealed by order of the Court.

CannTrust remains under CCAA protection to facilitate its efforts to resolve its civil litigation claims and complete its review of strategic alternatives, which includes a review of financing options. Aspects of the ongoing efforts remain confidential, and the Company is unable to predict with any certainty either their timing or outcome. In the meantime, the reinstatement of its cannabis licenses and the restoration of its ongoing operations, CannTrust's re-entry into the Canadian recreational and medical cannabis business segments and its entry into the Restructuring Support Agreement are essential to the Company's focus on rebuilding its franchise. For more information about CannTrust's CCAA proceedings, please visit: www.ey.com/ca/canntrust.

CannTrust is a federally regulated licensed cannabis producer. We are proudly Canadian, operating a portfolio of brands including estora, Liiv and Synr.g, specifically designed to surprise and delight patients and consumers.

At CannTrust, we are committed to providing an exceptional customer experience, as well as consistent and quality products through standardized processes. Our greenhouse produces Grade A cannabis flower, which is currently sold in dried flower, oil drops and capsule formats. Founded in 2013, our continued success in the medical cannabis market and subsequent expansion into the recreational business, led to us being named Licensed Producer of the Year at the Canadian Cannabis Awards 2018.

CannTrust is committed to research and innovation, investing in developing technologies for new products in the medical, recreational, and wellness markets, while contributing to the growing body of evidence-based research regarding the use and efficacy of cannabis.

This press release contains "forward-looking information" within the meaning of Canadian Securities laws and "forward-looking statements" within the meaning of the United States Private Securities Litigation Reform Act of 1995 and other applicable United States safe harbor laws, and such statements are based upon CannTrust's current internal expectations, estimates, projections, assumptions and beliefs and views of future events.

Forward-looking information and forward-looking statements can be identified by the use of forward-looking terminology such as "believes", "expect", "likely", "may", "will", "should", "intend", "anticipate", "potential", "proposed", "estimate" and other similar words, including negative and grammatical variations thereof, or statements that certain events or conditions "may", "would" or "will" happen, or by discussions of strategy.

The forward-looking information and statements in this news release include statements relating to the expectation that CannTrust will settle certain civil litigation claims and emerge from creditor protection under the CCAA. Forward-looking information and statements necessarily involve known and unknown risks, including, without limitation: the outcome of the Company's contingent liabilities; the impact of potential regulatory and other investigations; the Company's review of strategic alternatives; risks associated with general economic conditions; adverse industry events; loss of markets; future legislative and regulatory developments in Canada, the United States and elsewhere; the cannabis industry in Canada generally; and, the ability of CannTrust to implement its business strategies.

Any forward-looking information and statements speak only as of the date on which they are made, and, except as required by law, CannTrust does not undertake any obligation to update or revise any forward-looking information or statements, whether as a result of new information, future events or otherwise. New factors emerge from time to time, and it is not possible for CannTrust to predict all such factors. When considering these forward-looking information and statements, readers should keep in mind the risk factors and other cautionary statements in CannTrust's Annual Information Form dated March 28, 2019 (the "AIF") and filed with the applicable Canadian securities regulatory authorities on SEDAR at www.sedar.com and filed as an exhibit CannTrust's Form 40-F annual report under the United States Securities Exchange Act of 1934, as amended, with the United States Securities and Exchange Commission on EDGAR at www.sec.gov (the "March 2019 Form 40-F"). The risk factors and other factors noted in the AIF could cause actual events or results to differ materially from those described in any forward-looking information or statements. Readers are also reminded that CannTrust remains in default of its periodic disclosure requirements under applicable securities laws and stock exchange requirements, that its most recent AIF, Form 40-F and other disclosures do not reflect all risk factors that currently face the Company, and that the Company has not completed or filed the restatements of the financial statements included in the AIF or the March 2019 Form 40-F or otherwise filed an amendment to such Form 40-F, and that the Company has determined not to correct its prior filings or make any further filings in respect of periodic disclosure requirements under applicable securities laws and stock exchange requirements. None of the Company's securities is listed for trading on any stock exchange in any jurisdiction and, in Canada, trading in the Company's securities is subject to a cease-trade order issued on April 13, 2020 by the Ontario Securities Commission for CannTrust's failure to comply with its disclosure obligations under applicable securities laws. 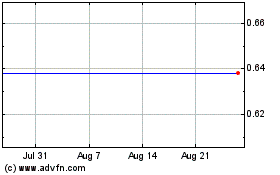 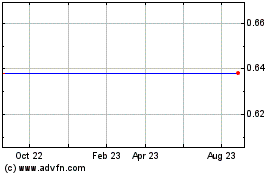 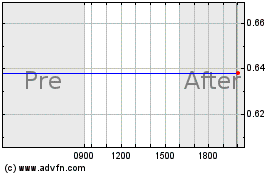