The execution by the Controlling Company of the DECLARATIONS, Federal Insurance Company, shall constitute execution by all the Companies signing this Endorsement.

ALL OTHER TERMS AND CONDITIONS OF THIS BOND REMAIN UNCHANGED.

I, Janey Ahn, the duly elected and acting Secretary of each of the funds listed on Schedule A (each, a “Fund”), hereby certify that:

1. The following resolutions regarding the Funds’ fidelity bond were duly adopted by the Board of Directors/Trustees of each Fund listed on Schedule A on September 23, 2021, and are in full force and effect and have been so since such date:

RESOLVED, that the terms and amount of the extension of the joint insured fidelity bond to be obtained from Federal Insurance Company, covering registered investment companies advised or managed by BlackRock or an affiliate thereof, with an approximate allocation to each Fund as presented in the Meeting materials, be, and they hereby are, approved by the Board, including the Independent Board Members voting separately, in substantially the form presented at the Meeting with such changes as counsel deems necessary; and further

RESOLVED, that the amount of the fidelity bond coverage is approved by the Board, including the Independent Board Members voting separately, after consideration of all factors deemed relevant by the Board and the Independent Board Members, including, but not limited to, the other parties named as insureds, the nature of the business activities of such other parties, the amount of the joint insured fidelity bond, the amount of the premium for such bond, the ratable allocation of the premium among the parties named as insureds, the extent to which the share of the premium allocated to each Fund is less than the premium the Fund would have had to pay if it had provided and maintained a single insured bond, the value of the assets of the Fund, the type and terms of the arrangements made for custody of the Fund’s assets, and the nature of the securities in the Fund’s portfolio; and further

RESOLVED, that the Chief Executive Officer, President, any Vice President, Chief Financial Officer, Treasurer or any Assistant Treasurer and Secretary or any Assistant Secretary (the “Proper Officers”) of each Fund be, and each of them hereby is, authorized and empowered to execute such other documents with such nonmaterial changes as the officers of the Fund, with the advice of counsel to the Fund, may deem necessary, appropriate or desirable (such determination to be conclusively evidenced by the execution and delivery of such documents) and take such other action as may be deemed necessary or desirable to effect the Fund’s purchase of a fidelity bond from the Federal Insurance Company, including but not limited to executing any signature commitments or obtaining letters of credit deemed necessary or desirable by the officers or officer executing the same; and further

RESOLVED, that the agreement by and among the Funds to enter into a joint insured fidelity bond (the “Joint Fidelity Bond Agreement”) be, and it hereby is, re-approved; and further

RESOLVED, that the Board, including the Independent Board Members voting separately, hereby authorizes and empowers the officers of each Fund to pay the amount of the total premium allocated to the Fund for the period payable with respect to such bond as described in the Joint Fidelity Bond Agreement; and further

RESOLVED, that in accordance with Rule 17g-1(h) under the 1940 Act, the Secretary or any Assistant Secretary of the Funds is hereby designated as the officer of the Funds who is authorized and directed to make the filings with the Securities and Exchange Commission and give the notices required by Rule 17g-1(g); and further

RESOLVED, that the Proper Officers of each Fund be, and they hereby are, authorized and empowered at all times to take all actions necessary to assure compliance with these resolutions and Rule 17g-1 under the 1940 Act.

JOINT FIDELITY BOND AGREEMENT BY AND AMONG

THE FUNDS IN THE BOARD I COMPLEX

JOINT FIDELITY BOND AGREEMENT (the “Agreement”), dated as of January 1, 2019, by and among the funds (each, a “Fund” and collectively, the “Funds”) in the Board I Complex listed on Schedule A attached hereto, as the same may be amended from time to time, all of which are named insureds on a certain fidelity bond underwritten by Federal Insurance Company (“Federal”), a member of the Chubb Group of Insurance Companies, covering certain acts relating to the Funds (the “Bond”).

WHEREAS, each of the Funds is an open-end or closed-end management investment company registered under the Investment Company Act of 1940, as amended (the “1940 Act”);

WHEREAS, by the terms of Rule 17g-1 under the 1940 Act, the Funds are required to provide and to maintain in effect a bond against larceny and embezzlement by their officers and employees. By the terms of the rule, the Funds are authorized to secure the Bond that names all of the Funds as insureds;

WHEREAS, Rule 17g-1(f) under the 1940 Act requires that a registered management investment company named as an insured on a joint fidelity bond enter into a certain agreement with the other named insureds;

WHEREAS, a majority of the Board of Directors/Trustees (collectively, the “Board,” the members of which are referred to as “Directors”) of each Fund who are not “interested persons” as defined in Section 2(a)(19) of the 1940 Act have given due consideration to all factors relevant to the form, amount and ratable allocation of premiums of such Bond, and the majority of such Directors have approved the amount, type, form and coverage of the Bond and the portion of the premium payable with respect to each Fund; and

WHEREAS, the Board has determined that the allocation of the proceeds payable under the Bond as set forth herein (which takes into account the extent to which the share of the premium allocated to each Fund is less than the premium the Fund would have had to pay if it had provided and maintained a single insured bond) is equitable with respect to each Fund and that each Fund will benefit from its respective participation in the Bond in compliance with this Rule.

NOW, THEREFORE, in consideration of the mutual premises and covenants herein contained and other good and valuable consideration, the receipt of which is hereby acknowledged, it is agreed by and between the Funds hereto as follows:

1. Joint Insured Bond. The Funds have procured from Federal, a reputable fidelity insurance company, the Bond insuring each Fund against larceny and embezzlement of its securities and funds by such of its officers and employees who may, singly or jointly with others,

have access to such securities or funds, directly or through authority to draw upon such funds or to direct generally the disposition of such securities. The Bond names each Fund as an insured, and complies with the requirements established by Rule 17g-1 under the 1940 Act.

(a) In the event any recovery under the Bond is received as a result of a loss sustained by any of the Funds, then each Fund sustaining such loss shall receive an equitable and proportionate share of the recovery, said proportion to be established by the ratio that the claim bears to the total amount claimed by all participants, but at least equal to the amount which each such Fund would have received had it provided and maintained a single insured bond with the Minimum Coverage Amount.

(b) If the recovery is inadequate to indemnify fully each such Fund sustaining a loss, the recovery shall be allocated among such Funds as follows:

(i) Each Fund sustaining a loss shall be allocated an amount equal to the lesser of its actual loss or the Minimum Coverage Amount.

(ii) The remaining portion of the proceeds shall be allocated to each Fund sustaining a loss not fully covered by the allocation under subparagraph (i) in the proportion that each such Fund’s gross assets as of the end of its fiscal quarter preceding the loss bears to the sum of the gross assets of all such Funds. If such allocation would result in any Fund sustaining a loss receiving a portion of the recovery in excess of the loss actually sustained by such Fund, the aggregate of such excess portions shall be allocated among the other Funds whose losses would not be fully indemnified in the same proportion as each such Fund’s gross assets bear to the sum of the gross assets of all Funds entitled to receive a share of the excess (both determined as of the fiscal quarter of each Fund preceding the loss). Any allocation in excess of a loss actually sustained by any such Fund shall be reallocated in the same manner.

(a) If a Fund shall determine that the coverage required by Rule 17g-1 for such Fund has changed, or that the amount of the total coverage allocated to such Fund should otherwise be modified, it shall so notify the other Funds setting forth the modification which it believes to be appropriate, and the proposed treatment of any increased or return premium.

(b) Within 60 days after such notice, the Funds shall seek the approval required by Rule 17g-1, and if approvals are obtained, shall effect an amendment to this Agreement and the Bond. Any Fund may terminate this Agreement (except with respect to losses occurring prior to such withdrawal) by giving at least 60 days’ written notice to the other Funds. The Fund(s) terminating the Agreement shall thereafter be removed as a named insured in accordance with Rule 17g-1 and the Fund(s) shall be entitled to receive the pro rata portion of any return of premium paid to the insurance company.

8. No Assignment. This Agreement is not assignable.

9. Counterparts. This Agreement may be executed in any number of counterparts which together shall constitute a single instrument.

10. Governing Law. The Agreement shall be construed in accordance with the laws of the State of New York.

11. Notices. All Notices and other communications hereunder shall be in writing and shall be addressed to the appropriate Fund at 40 East 52nd Street, New York, NY 10022.

IN WITNESS WHEREOF, each Fund has caused the foregoing instrument to be executed by their duly authorized officers, all as of the day and the year first above written. 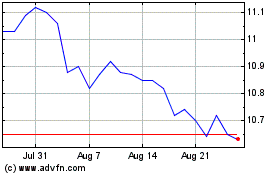 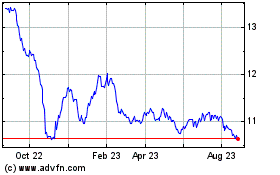 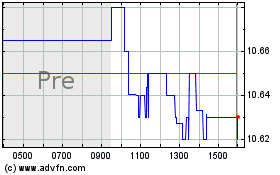