(Exact name of Registrant as Specified in Charter)

Ms. Peffer, age 55, joins the Company from MedeAnalytics where she served as Chief Financial Officer beginning in January 2021. Prior to that, Ms. Peffer served as Vice President, Finance at Amazon Web Services from February 2017 to March 2020. Before that, Ms. Peffer served as Vice President, Finance at Flowserve Corporation from April 2014 to September 2016. Ms. Peffer has also held a variety of executive financial leadership positions encompassing P&L ownership as well as corporate and business level financial planning and analysis across multiple industries, including at Raytheon Space & Airborne Systems, ITT Geospatial Systems, Lennox International, and Textron. Ms. Peffer earned her Bachelor of Business Administration degree in Finance and Management from Texas Tech University and a Master of Business Administration degree from Baker University.

There are no arrangements or understandings between Ms. Peffer and any other person pursuant to which Ms. Peffer was appointed as Chief Financial Officer. There are no family relationships among any of the Company’s directors or executive officers and Ms. Peffer.

Ms. Peffer will be entitled to the following compensation: (i) an annualized base salary of $400,000 per year; (ii) eligibility to participate in the Company’s short term incentive program with an annual cash bonus of up to 100% of her annual base salary, based upon mutually developed performance objectives; (iii) an up-front time-based long-term incentive award with a grant date value of $400,000 and delivered 50% in the form of restricted stock units and 50% in the form of stock options, 25% of which will vest on the first anniversary of the grant date and the remaining 75% will vest in equal quarterly installments on each quarterly anniversary of the grant date thereafter; (iv) beginning in 2023 and subject to compensation committee approval, a recurring annual grant valued at 75% of base compensation and split (at the compensation committee’s discretion) between restricted stock units, performance stock units and stock options; and (v) eligibility to participate in the Company’s employee benefit plans and programs in accordance with the terms and conditions of the applicable plans and programs.

In connection with her appointment, the Company will enter into its standard form of indemnification agreement with Ms. Peffer, a copy of which is attached as Exhibit 10.1 and incorporated by reference herein.

On June 2, 2022, the Company issued a press release with respect to the management changes described in Item 5.02 of this Current Report on Form 8-K. The press release is included in this report as Exhibit 99.1 and is incorporated herein by reference. This information shall not be deemed to be “filed” for purposes of Section 18 of the Securities Exchange Act of 1934, as amended (the “Exchange Act”), or otherwise subject to the liabilities of that section, and is not incorporated by reference into any filing under the Securities Act of 1933, as amended, or the Exchange Act. 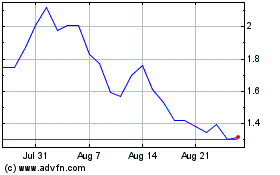 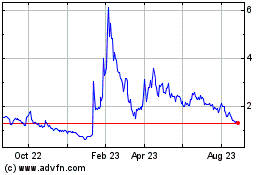 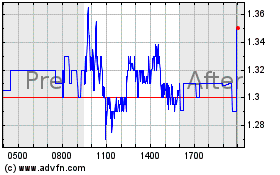