Microsoft's pursuit of a TikTok trophy just got more complicated. The tech giant said Aug. 2 that talks to buy the U.S. operations of the Chinese-owned video app would continue after an 11th-hour intervention from President Trump over perceived security risks. Mr. Trump had expressed opposition after a deal seemed close on July 31, saying he preferred an outright ban of the app. The app's future is still uncertain. Mr. Trump on Monday said the U.S. government should receive payment for allowing a deal, and he has since issued a pair of executive orders that effectively set a 45-day deadline for an American company to purchase TikTok's U.S. operations. Microsoft shares fell 1.8% Friday.

Life is getting more comfortable for this online furniture seller. Wayfair turned a profit for the first time since going public in 2014, as more housebound online shoppers bought home goods during the pandemic. The company saw an 84% jump in sales to $4.3 billion and boosted its active customer base to 26 million, a 46% year-over-year increase. Chief Executive Niraj Shah said the trend is so new and volatile that it is hard to predict whether it will last, but the company has seen repeat business from new customers and plans to invest to keep them engaged. Wayfair shares added 3.6% Wednesday.

Walt Disney lost nearly $5 billion this past quarter, but investors don't seem to mind. The entertainment giant reported the loss, its first since 2001, as the pandemic closed its theme parks, halted movie distribution and shut down live sports events that Disney TV networks broadcast. But shareholders appeared to focus on the strong results from Disney+, which reported strong subscriber growth during the period. The company has also announced that the long-postponed live-action remake of "Mulan" will premiere on the streaming platform next month as a premium-priced download. Disney shares rose 8.8% Wednesday.

Capital One is paying the price for a giant 2019 hack. The Office of the Comptroller of the Currency fined the company $80 million over the incident, which compromised the personal information of about 106 million card customers and applicants. The OCC and the Federal Reserve also ordered the bank to make risk-management changes and fortify its cybersecurity defenses. Capital One said it has already made many of the changes. The hack -- one of the largest-ever data breaches of a big bank -- exposed addresses, dates of birth and self-reported incomes of individuals and small-business owners. Capital One shares fell 1.7% Thursday.

Bausch has a spinoff in its sights. The pharmaceutical company -- formerly Valeant Pharmaceuticals -- said Thursday that it plans to break off its faster-growing eye-care business from its core operations. The eye-care unit, known as Bausch & Lomb, would return to being a separate company, as it was before Valeant acquired Bausch & Lomb for $8.7 billion in 2013. Over the last several years, the Canada-based company has sought to climb out of the roughly $30 billion in debt accumulated through acquisitions and distance itself from past controversies. Bausch shares rose 3.4% Thursday.

The road is getting bumpy for Uber. The ride-hailing company posted another big loss on Thursday as the coronavirus pandemic drags on, weighing on ridership. Gross bookings were down 75% year-over-year, but Chief Executive Dara Khosrowshahi on Thursday said business was bouncing back in Asia and some lucrative cities including New York. The company's food-delivery business, Uber Eats, has been a bright spot, and its bookings more than doubled year-over-year. But the Eats segment lost $232 million in the quarter on an adjusted basis in the cutthroat food-delivery market where profit has largely been elusive. Uber shares fell 5.2% Friday. 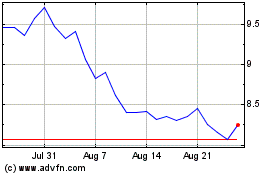 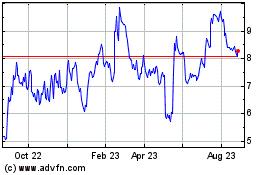 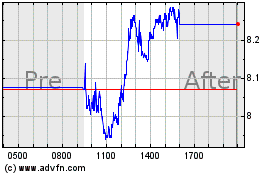