Bank of America Corp. on Tuesday said it plans to raise its hourly minimum wage to $25 by 2025, putting it on track to surpass its big-bank peers during a time of worker shortages across the country.

The Charlotte, N.C., banking giant also said it is requiring all of its U.S. vendors to pay employees who are dedicated to the bank at least $15 an hour.

The second-largest U.S. lender joins companies including Amazon.com Inc. and McDonald's Corp. in saying it will raise pay to attract workers as the economy reopens more fully. Average hourly earnings for private-sector employees rose by 21 cents to $30.17 last month, according to a recent Labor Department report.

President Biden campaigned on a pledge to raise the federal minimum wage to $15 an hour, but a February push by Democrats to include the increase in the $1.9 trillion Covid-19 relief package was unsuccessful. 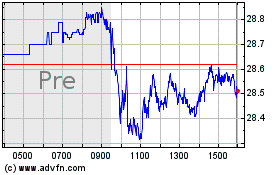