It is with great sorrow that we write to you to inform the death of the Chairman of our Board, Mr. Jorge Horacio Brito. We attach a copy of the Press Release issued by the Bank as a consequence of his death.

Pursuant to article 17 of the Bylaws, the office of the Chairman shall be covered by the Vice Chairman, Dr. Delfín J. Ezequiel Carballo. At the first Board meeting to be held, the appointment of a new Vice Chairman and the election, from among the Alternate Directors appointed by the General Shareholder Meeting, of the one who will assume in order to complete the number of regular directors will be discussed.

It is with great sorrow that Banco Macro announces the death of its founder and Chairman, Mr. Jorge Horacio Brito, who this afternoon suffered an aviation accident in the town of Coronel Moldes, Province of Salta.

Jorge Horacio Brito was born in Buenos Aires in 1952. He married Marcela Carballo and had six children: Milagros, Jorge Pablo, Constanza, Marcos, Santiago and Mateo. He had 12 grandchildren.

We both founded in 1978 Macro Compañía Financiera S.A., a company that was the origin of what we nowadays know as Banco Macro. Brito was also the President of Asociación de Bancos Argentinos between 2003 and 2016. He was as well President of Federación Lationamericana de Bancos from 2012 to 2014.

His enterprising spirit led him to create other businesses such as Inversora Juramento S.A., Frigorífico Bermejo, Cabaña Juramento, Vizora and several companies that employ over 20,000 Argentine workers.

Jorge leaves us on the height of this life. All of us who make Banco Macro everyday shall never forget his example of work, dedication and effort.

Pursuant to the requirements of the Securities Exchange Act of 1934, the Registrant has duly caused this report to be signed on its behalf by the undersigned, thereto duly authorized. 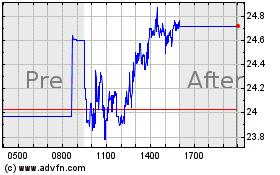