Josh Harris, the co-founder of Apollo Global Management Inc., obsessively weighs the risks and implications of decisions he makes: whom to hire for a role at the private-equity giant, whether to move forward with an investment or which trades to make to fill out the roster of the Philadelphia 76ers, the NBA team he co-owns. Former employees describe him as a micromanager who is known to call people numerous times in a day to discuss a small investment and spend an entire meeting rehashing unresolved questions from his previous one. Even Mr. Harris's friends joke about sometimes getting multiple calls from him in a single day to discuss the same matter.

This approach has helped to make Apollo an investing giant with $433 billion in assets, second only in the private-equity world to Blackstone Group Inc. In 2017, it raised a record-setting $24.7 billion buyout fund that has only been surpassed by a Blackstone vehicle. Its $300 billion credit business has nearly tripled over the past five years.

Now, Mr. Harris, a 55-year-old billionaire, faces a new challenge: Trying to revamp the firm's cutthroat culture and rough-edged image, which has long been seen as synonymous with the men who founded it 30 years ago. He is trying to modernize its corporate structure, creating a broader shared power arrangement that could one day form the basis of a succession plan. And he's trying to move past the firm's reputation for using sharp elbows to pursue profits at all costs.

Recently, the task of scrubbing up Apollo's image has been made more difficult as its co-founder and most recognizable personality, Chief Executive Leon Black, has found himself under scrutiny for his relationship with late financier Jeffrey Epstein, who was indicted last year on federal sex-trafficking charges involving underage girls and later took his life in a Manhattan jail.

A group of Apollo's independent board members hired law firm Dechert LLP to conduct a review of the business connections between Mr. Black and Mr. Epstein. And in a conference call Thursday Mr. Black offered his most detailed public account yet of his ties to Mr. Epstein to whom he has said he paid millions of dollars annually to provide estate planning, tax and professional services to his family partnership and other family entities from 2012 to 2017.

"Any suggestion of blackmail, or any other connection to Epstein's reprehensible conduct, is categorically untrue," said Mr. Black, who hasn't been accused of any inappropriate conduct. On that same call Mr. Harris called the independent review "an important step."

Another obstacle that could get in the way of a corporate revamp at Apollo: Mr. Harris himself. Even those who say he has made progress on a revamp of the firm's culture acknowledge his personality is perhaps most reflected in Apollo's public image -- aggressive, intense and fiercely competitive.

For years he has overseen every detail of the New York firm's day-to-day operations -- a task that didn't interest either Mr. Black or Marc Rowan, Apollo's third co-founder. Mr. Black is the architect of the firm's investment style and big-picture visionary while Mr. Rowan has been its creative genius, conceiving and executing the highly successful strategy of acquiring and building insurance companies and then managing their assets.

Three years ago, as part of an effort to craft more of a typical corporate hierarchy, Apollo named James Zelter and Scott Kleinman -- at the urging of Mr. Harris -- to the newly created roles of co-presidents. However, it has been a challenge for Mr. Harris to learn how to let them do their jobs without intervening, people close to Apollo say.

Some of those people remain unconvinced of Mr. Harris's ability and willingness to take steps required to modernize the firm. He regularly dominated investment committee meetings, hammering young analysts about their financial models, former employees say. Not replying right away to a Saturday morning email from Mr. Harris would yield a response 10 minutes later of "?". And he frustrated people with his iterative decision-making process, sometimes taking a year to decide not to do something.

Mr. Harris, whose net worth has been pegged at nearly $5 billion by Forbes, stands out as a workaholic in an industry filled with them. Over the years, he has regularly been the first one in the office and the last to leave and has been tasked with leading most of the firm's quarterly conference calls, tending to relationships with important investors and hiring and reviewing the leaders of its key businesses.

"Some people play golf. Some people play tennis. I work," Mr. Harris said in a rare interview in September -- itself a sign of his effort to project a new image. Even his hobbies -- attending games of the teams he owns and training for marathons -- aren't what everyone would call relaxing. In addition to the Sixers, Mr. Harris is co-owner of the NHL's New Jersey Devils and the English Premier League's Crystal Palace -- roles that forced him to embrace the importance of a positive public-facing image.

"Josh likes to win," says Bippy Siegal, CEO of private-equity firm Raycliff Capital, who has been friends with Mr. Harris for 23 years and says he talks with him about 15 times a week. While taking a bike ride on Block Island, R.I., during a vacation with their families over the summer, Mr. Siegal says Mr. Harris tried to race ahead of him. "We're riding crappy, beat-up, bikes. I said: 'Do you have to take it to the next level?'"

Mr. Harris has found greater personal and spiritual contentment in recent years, his friends say, even meeting with a rabbi, Yitzchok Itkin, who has consulted with other Wall Street heavyweights. He enjoys spending time with his five children and has been devoting more time to his philanthropic efforts with his wife of 25 years, Marjorie, a former Citigroup Inc. banker.

Mr. Harris grew up in Chevy Chase, Md., the son of an orthodontist. He was competitive in sports and became hooked on wrestling at a young age. In high school he worked hard on that and academics, eventually landing a spot at the University of Pennsylvania's Wharton School.

After graduating in 1986, he joined the mergers-and-acquisitions department of investment bank Drexel Burnham Lambert Inc., where Messrs. Black and Rowan were already working. Under the influence of Michael Milken, the bank had pioneered the use of junk bonds to finance acquisitions, paving the way for the explosion of the buyout business.

Mr. Harris left Drexel after two years to attend Harvard Business School, where he was a Baker Scholar, a distinction awarded to the top 5% of each graduating class.

By the time Mr. Harris graduated in 1990, the U.S. was in a recession and Drexel -- brought down by Mr. Milken's securities-fraud conviction and turmoil in the junk-bond market -- had filed for bankruptcy.

He got a job at Blackstone. He had been there for two months when he got a call from Mr. Rowan asking him to join the fledgling Apollo. The 25-year-old had already used his signing bonus to pay down his student loans and was afraid Blackstone would make him pay it back.

"My greatest trepidation was going into Steve's office and letting him know," Mr. Harris said of Blackstone boss Stephen Schwarzman. The Blackstone chief said he could keep the money. "He was incredibly gracious."

At Apollo, Mr. Harris became one of the firm's top deal makers. His crowning achievement was a restructuring of Dutch chemical company LyondellBasell Industries NV, which went public in October 2010. Apollo reaped $10 billion in profits on a $2 billion investment -- one of the most profitable private-equity deals of all time.

Apollo's co-founders tried a decade ago to set up a broader management structure at their firm, but that attempt was ultimately unsuccessful. They hired Marc Spilker, a former Goldman Sachs Group Inc. executive and college classmate of Mr. Harris, as president. None of the co-founders -- including Mr. Harris, who was knee-deep in deal making -- was particularly interested in building a public image, accounting, hiring, investor relations, fundraising or communications.

Mr. Spilker's power was limited, and it became clear the three founders weren't ready to cede decision-making to him, people familiar with the matter say. He left the firm at the end of 2014, and it then fell to Mr. Harris to take over.

There are no signs Mr. Harris, at 55, is going anywhere soon. But his latest effort to set the firm up for a future beyond the founders has picked up steam lately. In 2019, he named Chief Financial Officer Martin Kelly and longtime partner Anthony Civale to the roles of co-chief operating officers and promoted two younger partners to co-head private equity. Mr. Harris brought in a former BlackRock Inc. executive to oversee human resources and talent recruitment, replacing a longtime insider, and hired Apollo's first dedicated head of communications.

He admits Apollo has been slow to evolve, but says the firm is now 70% millennial or Gen-Z -- generations that care about working at socially responsible companies. He argues that Apollo's reputation for looking to make a quick buck on unloved assets is no longer accurate. A decade-plus of low interest rates has meant most of its business is dedicated to generating yield for institutions like insurance companies, he says. Apollo set a goal last November of reaching $600 billion in assets under management in five years.

True to its roots, Apollo has poured tens of billions of dollars into beaten-down areas such as the airline, aerospace and aircraft industries since the coronavirus pandemic began. But in keeping with Mr. Harris's new reputational focus, he is quick to assert that the firm first ensured the health and safety of its employees and provided over $50 million in donations together with its portfolio companies to purchase technology for children and support health care workers. It employs more than 1,500 in 15 offices around the world.

Mr. Harris credits buying sports teams with throwing him "into the deep end of the pool" as a public-facing leader. Owning a team in the NBA -- which stood out for its swift public response to the pandemic and to Black Lives Matter movement -- made a mark on him.

"If you think about a sports team, you're a steward for a city," he said. "Social media and communications are very important. That's really helped with Apollo in terms of communicating culture, values and what we stand for."

Write to Miriam Gottfried at miriam.gottfried@wsj.com 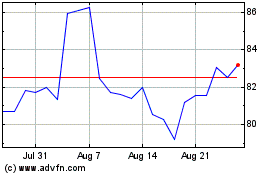 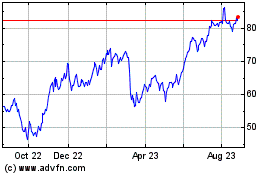 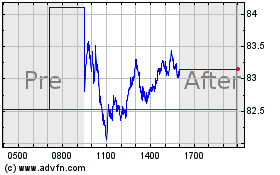