Aon PLC and Willis Towers Watson PLC on Wednesday agreed to sell a package of assets to a smaller rival in an effort to win antitrust approval for their $35 billion tie-up to create the world's largest insurance broker.

The $3.57 billion deal with Arthur J. Gallagher & Co. comes as Aon and Willis are under pressure to address concerns from the European Union's executive arm around a combination of the No. 2 and No. 3 brokers.

The EU fears that, left unchecked, their merger would narrow customer choice and give the combined entity too much sway over prices for helping clients purchase financial protection against property and casualty damages, trade tensions and cybercrime.

Together, the companies would have combined revenue of more than $20 billion. That would top Marsh & McLennan Cos.' total of $17.2 billion last year and dwarf the more than $6 billion generated by Gallagher.

Aon and Willis, both registered in Ireland, are betting that the asset sales to Gallagher would resolve the European Commission's issues by allowing the rival broker to expand its business helping insurers buy reinsurance or protection against claims and extend its reach geographically.

Aon and Willis aim to complete their tie-up by the end of September, assuming it gains regulatory approval. It was first announced more than a year ago, by far the biggest global transaction at the time. But it came amid a market selloff triggered by the spread of Covid-19 that wiped out $5 billion of deal value on the first day of the merger plans becoming public.

Since then, investors had worried the deal risked collapsing because of the companies' earlier reluctance to sell assets to appease regulators. But the Gallagher pact underscores Aon's and Willis's determination to prove the naysayers wrong.

The companies are counting on the merger to generate annual cost savings of $800 million and boost revenue through the sale of new products to help clients manage risks stemming from areas including climate change and intellectual property.

Europe's antitrust watchdog declined to comment. It is set to make its decision on the deal by Aug. 3.

Asset sales are a fairly common requirement for companies to win commission approval in large and complex deals by allowing the competition to also bulk up.

Last year, London Stock Exchange Group PLC agreed to sell Borsa Italiana Group for EUR4.33 billion, equivalent to $5.26 billion, to rival Euronext NV ahead of the regulator signing off on the LSE's $15 billion acquisition of Refinitiv Holdings Ltd. And in 2019, Jardine Lloyd Thompson Group PLC sold its aerospace insurance brokerage business to Gallagher, paving the way for Marsh to win regulatory approval to acquire JLT for about $5.6 billion.

A big part of Willis's global reinsurance brokerage business is among the assets Gallagher is buying as a result of the proposed Aon-Willis deal. The planned purchase would catapult the Illinois-headquartered company into the top three insurance brokers alongside the combined Aon-Willis and Marsh, according to analysts.

In December, the EU had warned that the Aon-Willis deal would eliminate a key competitor in this area, potentially reducing choice for insurance companies placing their risks with reinsurance providers without the emergence of an alternative to replace Willis's business.

Gallagher is also acquiring several other businesses in the areas of corporate risk and brokering and health-benefits services in parts of Europe, the U.S. and Asia, Aon and Willis said.

Write to Ben Dummett at ben.dummett@wsj.com 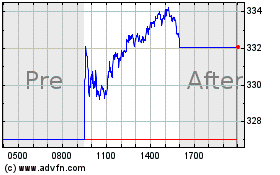