Anheuser-Busch InBev SA on Thursday reported a rise in fourth-quarter net profit as it booked much lower finance costs--beating market forecasts--and said that it expects to report improved earnings for 2021 compared with 2020.

For the quarter, AB InBev made a net profit of $2.27 billion, compared with $114 million a year earlier and a consensus of $2.63 billion, taken from FactSet and based on four analysts' forecasts.

Normalized earnings before interest, taxes, depreciation and amortization--one of the company's preferred metrics, which strips out exceptional and other one-off items--was $5.07 billion, compared with $5.34 billion a year earlier and a consensus of $4.70 billion, taken from FactSet and based on five analysts' forecasts.

Revenue for the quarter was $12.77 billion, down from $13.33 billion, and compared with forecasts of $12.65 billion taken from FactSet and based on nine analysts' estimates. On an organic basis, revenue was up 4.5%, the company said. 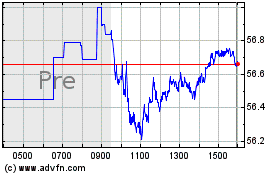