Sophia Lewis thought she would build a long career at American Express Co. A few years in, though, she was telling her bosses that something was wrong.

Ms. Lewis said she saw some AmEx employees routinely submit corporate card applications without verifying the companies' financial information, pocketing commissions each time. Beginning in 2018, Ms. Lewis said, she alerted higher-ups about those complaints. But AmEx, she said, had created a culture where employees can get rewarded for breaking rules.

"It was when I started raising red flags," she said, "that things started going downhill." The company suspended her in February for reasons it said are unrelated to her complaints. Other current and former employees said they saw the same behavior that Ms. Lewis described.

An AmEx spokesman said the company, based in New York, is committed to fostering a culture of respect and integrity, and provides multiple channels for employees to raise concerns. "We encourage our colleagues to speak up when they believe our policies, values or standards are not being upheld, and we strictly prohibit retaliation," he said.

In the race for customers, AmEx has relied heavily on commissions to motivate salespeople. More than a dozen current and former AmEx employees in sales, customer service and compliance previously told The Wall Street Journal that salespeople strong-armed small-business owners to increase those card sign-ups, sometimes misrepresenting card rewards or issuing cards that weren't sought. An AmEx spokesman said at the time that the company had found only a very small number of problems, which were resolved "promptly and appropriately," including through disciplinary action.

Banking regulators have kept a close eye on sales incentives since the Wells Fargo & Co. fake-accounts scandal exploded in 2016. According to an internal 2018 AmEx document, the Office of the Comptroller of the Currency told AmEx to change how it paid employees who sold small-business and corporate cards -- the division where Ms. Lewis works. The regulator said AmEx's commission structure could increase the risk of misconduct.

An OCC spokesman declined to comment. An AmEx spokesman said the matter was raised by the OCC in 2017 and that the company addressed it.

In response to Ms. Lewis's allegations, the AmEx spokesman said that her higher-ups had properly referred her concerns to "our independent investigatory teams." He said the claims "were thoroughly reviewed and appropriately addressed" and that "no instances of customer harm were identified."

By 2017, she was promoted to oversee a group of about 10 employees selling small-business and corporate cards.

In 2018, Ms. Lewis said, some of her employees told her about what they believed to be problems with certain salespeople on another team.

For a business to be eligible for a corporate card, it typically needed at least $4 million in annual revenue, according to current and former employees and company documents.

Ms. Lewis and other current and former employees said some salespeople were submitting applications without verifying their numbers. Many of the businesses fell far short of the $4 million threshold, they said.

Ms. Lewis told a sales director about what she and her employees were seeing, and AmEx launched an investigation.

The AmEx spokesman said that the company may make exceptions to the $4 million threshold, and that it is only one factor used to determine whether a business qualifies for a corporate card. "All applicants undergo a thorough risk assessment to determine their creditworthiness," he said.

The spokesman also said that AmEx "found no violations of policies or procedures" when it reviewed Ms. Lewis's claims.

The questionable applications typically wouldn't get approved if underwriting employees reviewed them. But some did, and salespeople pocketed commissions either way, often about $475 to $650 per application, Ms. Lewis and former employees said.

Soon, in Ms. Lewis's unit, AmEx changed commissions for corporate cards to pay them after the cards were approved and used. The AmEx spokesman said the company regularly reviews and modifies sales incentives, in part to reduce circumstances that could lead to inappropriate sales practices. He said the 2018 change was made "to better align with business objectives."

After the AmEx investigation into Ms. Lewis's claims about sales practices, she applied for several positions and didn't get them.

In July 2019, she filed a complaint with the Equal Employment Opportunity Commission alleging racial and gender discrimination. Ms. Lewis, who is Black, said she was also frustrated about not getting promoted.

The AmEx spokesman said the company had "found no basis for" Ms. Lewis's allegations of discrimination. "We are deeply committed to fostering a diverse and inclusive workplace," he said.

Spokespeople for the EEOC and the Arizona attorney general declined to comment.

Around mid-2019, Ms. Lewis said, her salespeople told her that some employees in Arizona and Florida were again engaging in the questionable tactics she had previously flagged, including not verifying companies' financial information. By then, AmEx had returned to paying commissions for applications -- though now it could claw back the money if underwriters rejected them.

Ms. Lewis again alerted her bosses. In October, for example, she emailed several sales leaders, citing about a dozen examples of what she saw as problematic sales, according to a copy of the email reviewed by the Journal. In one case, a salesperson had submitted a corporate card application for a Greenbelt, Md., financial-services firm without including verifying documents and while using a corporate ID number related to Apple Inc. The financial-services firm isn't related to the technology giant.

When asked about the exchanges that Ms. Lewis described, the AmEx spokesman said: "When the employee raised concerns of potential sales practice violations, they were properly referred by her leaders to our independent investigatory teams outside of her business unit, thoroughly reviewed and appropriately addressed."

A few days later, Ms. Lewis was told by email that two of those sales leaders had met with "internal audit," which was looking into the matter.

A week later, Ms. Lewis said, she was called into a sales leader's office, where she was told to consider how she was affecting her "brand" and whether she wanted to remain at AmEx, Ms. Lewis said. He followed up with an email saying she wasn't supposed to conduct her own investigations, according to a copy of the email reviewed by the Journal.

Ms. Lewis replied that she thought she was doing the right thing by bringing problems to leadership, according to a copy of the email reviewed by the Journal.

Ms. Lewis said she struggled over what to do next. Her husband encouraged her to press on. So did her mother.

In February, Ms. Lewis was placed on a three-day paid suspension. The AmEx spokesman said she broke information-security policies by sending confidential company information to her personal email address.

Ms. Lewis didn't want to go back to the office. Exhausted and unnerved, she said, she filed for stress-related paid sick leave. AmEx granted it.

A couple of weeks later, Ms. Lewis learned that her performance rating for 2019 had plummeted. She doesn't know why. During the first three quarters of 2019, Ms. Lewis was a top performer among small-business and corporate card sales managers, according to a company document.

Ms. Lewis said she tried to negotiate with AmEx through the Labor Department. She wanted to return, but only if her performance rating is revised. AmEx, she said, has declined. 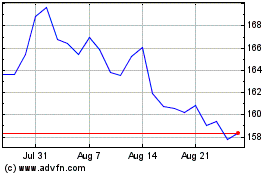 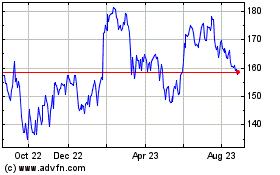 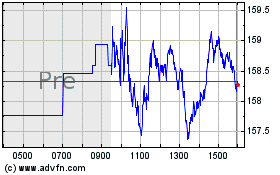