Netflix Inc. said it has reached deals with the largest movie theater owners in the U.S. to show the sequel to the popular "Knives Out" mystery film in theaters, a month ahead of its release on the streaming platform.

Netflix said it has reached deals to show the film, "Glass Onion: A Knives Out Mystery," in theaters owned by AMC Entertainment Holdings Inc., Cinemark Holdings Inc. and Regal Theaters from Nov. 23 to Nov. 29. The film will also play in additional select theaters in the U.S. and internationally, including Canada, the U.K., Ireland, Italy, Germany, Spain, Israel, Australia and New Zealand.

Netflix doesn't plan to release the movie on its own streaming platform until Dec. 23.

It marks the first time that Netflix will debut one of its movies across all three of the major U.S. theater chains. While Cinemark has previously shown Netflix movies in its theaters, AMC has never done so.

"We believe that both theatrical exhibitors and streamers can continue to co-exist successfully," AMC Chief Executive Adam Aron said.

Financial terms of the deal weren't disclosed, but Mr. Aron said the terms of the agreement are "acceptable to AMC as it sufficiently respects the sanctity of our current theatrical window policy."

"We are hopeful that a successful screening in our theatres this Thanksgiving will lead to more co-operation between Netflix and AMC in the months and years ahead," he said. 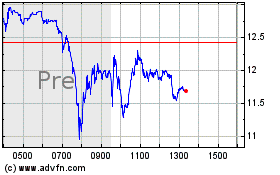