MetLife Inc. and Allstate Corp. posted strong gains in adjusted earnings as the insurers weathered another quarter of the Covid-19 pandemic.

Allstate's car-insurance business had a strong quarter as rush-hour fender-benders were below normal, with many Americans still working from home rather than commuting. MetLife had sharply higher death benefits on life-insurance policies while payouts on pension products and other annuities were reduced.

"We believe the worst impact of the pandemic on our business performance is behind us," MetLife Chief Executive Michel Khalaf said.

The pandemic's impact on the insurance industry hasn't been as bad as was feared when Covid-19 cases started climbing just over a year ago. Car insurers got windfall profits as stay-at-home directives and business shutdowns left vehicles parked for days. While death claims are elevated, U.S. life insurers have paid fewer claims than initially expected per 100,000 Covid-19 fatalities, largely because the virus has disproportionately killed the elderly and other people with little to no insurance.

MetLife's net income fell 93% to $290 million, a decline primarily related to mark-to-market losses on the financial hedges it buys to protect the company from falling interest rates and stock markets. When rates and equities rise, as they did in the first quarter, the value of that protection falls. Still, MetLife's reported results got a lift from improved market conditions.

Wall Street analysts largely look past those swings and focus on adjusted earnings, which strip out items considered nonrecurring. On that basis, MetLife reported a 36% surge to $1.97 billion. Much of the improvement came from unusually strong returns from private-equity holdings in the company's huge investment portfolio. It has a tiny percentage of such holdings, but they helped fuel a 74% gain from the year-earlier period to $5.31 billion in net investment income.

Allstate posted a net loss of $1.41 billion, a reversal from net income of $513 million in the year-earlier period. The results reflected an aggregate net loss of about $4 billion in the quarter from previously announced agreements to sell a pair of life and annuity insurers.

Allstate's adjusted net income rose 56% to $1.87 billion. The improvement came even as catastrophe losses more than doubled, to $590 million from $211 million.

A big part of the improvement came from the auto-insurance business, thanks to "decreased accident frequency and a lower expense ratio," the company said.

Miles driven across the U.S. "is headed up to pre-pandemic levels, but not always at the same time of day" as people used to drive, Allstate Chief Executive Tom Wilson said in an interview. "It looks like we are coming out of the reduction in auto accidents slowly, but nobody knows where it is going" as Americans return to their workplaces. "You could surmise that as the country gets back to work, it will go back up."

Allstate, which is also one of the nation's biggest home insurers, was among property insurers hit with large claims volume from the long stretch of frigid February weather in Texas and numerous other states. The unusual weather across Southern states caused widespread freezing and burst pipes, leading to extensive water damage.

Industrywide, property insurers face an estimated $18 billion bill for the cold-weather damage to homes and businesses, the equivalent cost of a major hurricane, according to a risk-modeling firm, Karen Clark & Co.

Like its rival Prudential Financial Inc., MetLife experienced higher costs in this year's first quarter, compared with the year before, in its business of selling life insurance to employers' benefits programs.

Both Prudential and MetLife have large retirement-income businesses that have benefited as pensioners and owners of annuities have died prematurely, the companies' results show.

Prudential reported its first-quarter results Tuesday. It said its group-insurance business lost $132 million in the first quarter on an adjusted basis, compared with operating profit of $44 million in the year-earlier period, a decline largely driven by Covid-19 deaths. Its retirement-income business, reported adjusted profit of $623 million, up from $245 million, "including favorable impacts due to Covid-19."

Separately, MetLife this week filed a legal response to a U.S. Department of Labor investigation into its handling of the carrier's previously acknowledged failure to properly search for thousands of workers who were owed money as part of its "pension risk-transfer" business.

MetLife publicly revealed the failure in 2017 and reached settlements with the New York Department of Financial Services, Massachusetts Securities Division and the U.S. Securities and Exchange Commission. It agreed on ways to search for and compensate, with interest, the missing pensioners.

In the filing in federal court in Manhattan, MetLife maintained that the information sought by the Labor Department in a January subpoena "is outside the DOL's jurisdiction" because group annuities -- the product used to pay the pensions -- are state-regulated.

The department's court filings state that it is investigating whether MetLife violated any provisions of federal law. The subpoena asks for documents tied to "Project Chestnut," MetLife's name for its effort to find and pay the individuals. 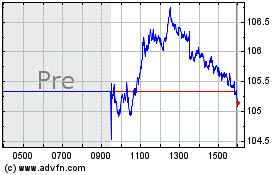